Yet another image of the Fremont Flag 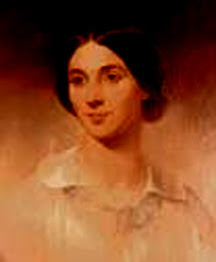 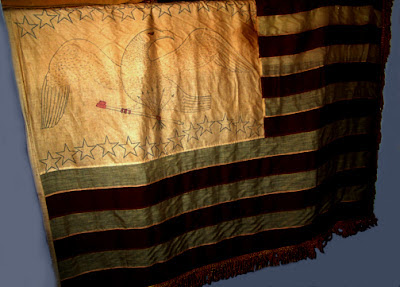 The Fremont Flag - Photo by Phyllis Hansen - Collection of Campo de Cahenga.
John C. Fremont played a significant role in the history of California and the United States. Since there are more stars in the flag field than there were states in Fremont's time, the flag is sometimes viewed as a more modern invention. However, the stars on the Fremont Flag like the peace pipe may have been decorative invention rather than numerical symbolism.
Posted by Gerald R. Fecht at 9:43 AM