Lyle Waggoner, foil on ‘The Carol Burnett Show,’ dies at 84

Lyle Waggoner, who used his good looks to comic effect on “The Carol Burnett Show,” partnered with a superhero on “Wonder Woman” and was the first centerfold for Playgirl magazine, died Tuesday. He was 84.

Waggoner, who was battling cancer, died peacefully at his Los Angeles-area home with his wife of 60 years, Sharon, at his side, according to a family statement.

A household name in the 1970s, Waggoner went on to become a successful entrepreneur. He built a behind-the-scenes business that provides custom trailers that keep stars comfortable during production breaks. Playing on his surname, he called it Star Waggons.

In the mid-1960s, the Kansas-born Waggoner was appearing in run-of-the-mill movies such as “Swamp Country” and “The Catalina Caper” and was a finalist to play “Batman” in the campy TV series that eventually starred Adam West. Then he was called to audition for Burnett’s variety show.

To read the rest of the article, please click HERE. 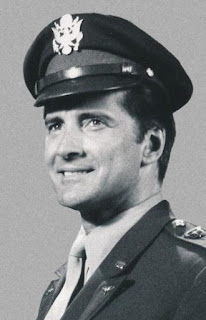 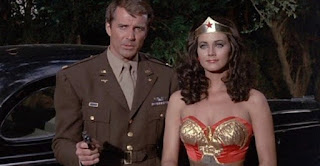 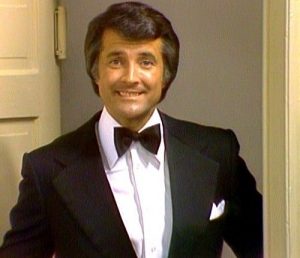 Posted by The Museum SFV at 3:26 AM No comments:


The California State Public Health Officer and Director of the California Department of Public Health is ordering all individuals living in the State of California to stay home or at their place of residence, except as needed to maintain continuity of operation of the federal critical infrastructure sectors.

When does the stay at home order go into effect and how long will we stay home? What areas of the state are covered?

The order went into effect on Thursday, March 19, 2020. The order is in place until further notice. It covers the whole state of California, and it exempts activity as needed to maintain continuity of operation of the federal critical infrastructure sectors, critical government services, schools, childcare, and construction, including housing construction.
What can I do? What’s open?

Essential services will remain open, such as:

Can the Order be changed?

Yes. The State Public Health Officer may issue orders as needed – for example if more information emerges about the public health situation – and issue new orders and directives as conditions warrant.

How does this order interact with local orders to shelter in place? Does it supersede them?

This is a statewide order.

Business and taxes
What businesses and organizations are exempt?

Businesses and organizations that provide critical infrastructure for the state are exempted, including health care and public health, public safety, food and agriculture and media. See the full list of exempt sectors (pdf).

I run/work at an exempted business or organization, as defined by the Order. Do I need to get an official letter of authorization from the state to operate?

No. If your business or organization is in the list of exempt sectors, it may still operate. You do not need to obtain any specific authorization from the state to do so.

Do I need to pay my taxes?

Yes, state and federal deadlines have been extended. All state taxes are now due on July 15.

Yes. It is essential to keep children fed and educated. School employees should report to work and focus on distance learning, school meals, and childcare/supervision.

Are daycares still open? Can my babysitter still come to the house?

Yes. Daycares are still open, but only for children of parents working in essential sectors. Daycare centers that remain open should employ heightened cleaning and distancing requirements. Babysitters may


Health care and helping sick relatives
What if I need to visit a health care provider?

If you are feeling sick with flu-like symptoms, please first call your doctor, a nurse hotline, or an urgent care center.

If you need to go to the hospital, call ahead so they can prepare for your arrival. If you need to call 911, tell the 911 operator the exact symptoms you are experiencing so the ambulance provider can prepare to treat you safely.

What about routine, elective or non-urgent medical appointments?

Contact your health care provider to see what services they are providing.
May I still go out to get my prescriptions?

Yes. You may leave their homes to obtain prescriptions or get cannabis from a licensed cannabis retailer.

Can I leave home to care for my elderly parents or friends who require assistance to care for themselves? Or a friend or family member who has disabilities?

Yes. Be sure that you protect them and yourself by following social distancing guidelines such as washing hands before and after, using hand sanitizer, maintaining at least six feet of distance when possible, and coughing or sneezing into your elbow or a tissue and then washing your hands. If you have early signs of a cold, please stay away from your older loved ones.

Can I visit loved ones in the hospital, nursing home, skilled nursing facility, or other residential care facility?

Generally no. There are limited exceptions, such as if you are going to the hospital with a minor who is under 18 or someone who is developmentally disabled and needs assistance. For most other situations, the order prohibits non-necessary visitation to these kinds of facilities except at the end-of-life. This is difficult, but necessary to protect hospital staff and other patients.

Outdoor recreation
Can I still exercise? Take my kids to the park for fresh air? Take a walk around the block? Walk my dog?

Yes. So long as you are maintaining a safe social distance of six feet from people who aren’t part of your household, it is ok to go outside for exercise, a walk or fresh air. Gyms are closed.

Californians can walk, run, hike and bike in their local neighborhoods as long as they continue to practice social distancing of 6 feet. This means avoiding crowded trails & parking lots. To help reduce crowds, State Parks is modifying operations at some parks, including closing vehicular access and parking lots to reduce density of visitors. A list of closures can be found at www.parks.ca.gov/flattenthecurve. Everyone has the responsibility to “Flatten the COVID-19 Curve at Parks” by maintaining a social distance of 6 feet or more when recreating in the outdoors, and staying home if they are sick. If visitors cannot maintain social distancing, they need to leave the park.

Pets
Can I walk my dog? Take my pet to the vet?

You can walk your dog. You can go to the vet or pet hospital if your pet is sick. Remember to distance yourself at least six feet from other pets and owners.

Posted by The Museum SFV at 2:51 AM No comments:

The Museum SFV - temporary closure due to Coronavirus until Thursday, May 15, 2020

Hello to all Museum Members, Donors, Visitors, Advisors and Community at large.

The Museum of the SFV and its Executive Board has decided close temporarily until Thursday, May 15, 2020. This will also include cancelling our monthly tours and speaker events for March and early April.

The Museum SFV is researching digital programming in the form of our speaker series and special tours.

We will evaluate the overall local environment for Coronavirus and make a determination on whether to open at this time or to extend the temporary closure.

At this time, there are no confirmed COVID-19 cases associated with The Museum SFV. However, out of an abundance of caution, these preventive measures are being taken to ensure the well-being of Museum board, volunteers and the general public.

During this time, YOUR museum will be working on creating on the next phase of our evergreen exhibit on Edgar Rice Burroughs and Tarzan.  Stay tuned, you are going to really enjoy this next exhibit.

Our next Historic Walking Tours are currently set to return on April 25th, from 10:00am - Noon, with our tour of Van Nuys.

Our March speaker event on the Southern Pacific in the Valley has been moved to Saturday, May 23rd from 2:00 - 4:00 pm at The Museum SFV.

Below is an excerpt from the Mayor of Los Angeles regarding COVID-19.


Here are steps you should take:

Eric Garcetti
Your Mayor
Posted by The Museum SFV at 12:19 AM No comments:

Learn about the origin of the Daily News and the company which was a nationwide maker of silent movie theatre organs. Who were Hobart Johnstone Whitley, Wayne E. Bechtelheimer and Whitley Van Nuys Huffaker? Relive "Wednesday Nights on Van Nuys Boulevard." We will have historic photographs and stories to share as we wander this surprisingly historic San Fernando Valley treasure. 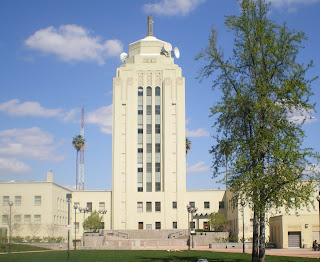 The development entity known as The Syndicate began the process in 1910, but William Paul Whitsett saw it through to the end. Originally a barley field, Van Nuys became a prosperous center of City Government, agriculture and industry. Come explore what remains to be appreciated: original 1911 buildings hidden beneath modern facades, first churches, a civic center with many special revelations, one of the main hubs of social and official activity, the Women's Club building, Los Angeles Historic Cultural Monuments #201, #202, and #911, and National Register of Historic Places Monument #2509.

Please RSVP and pay in advance with:

(Okay to walk-up and pay) 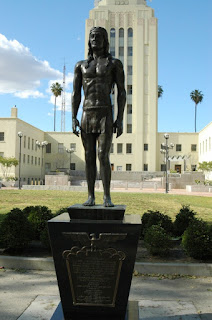 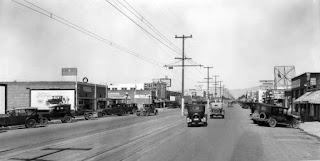 Hello to all valley residents that have an interest in promoting the history, art and culture of this amazing San Fernando Valley.

Please contact us today to set up an appointment. Also, look for our upcoming and ongoing Museum Associate Orientations.

Each Museum Associate receives training, a name badge and can begin with just a two-hour shift (we would like the volunteer to be consistent on days they are available). 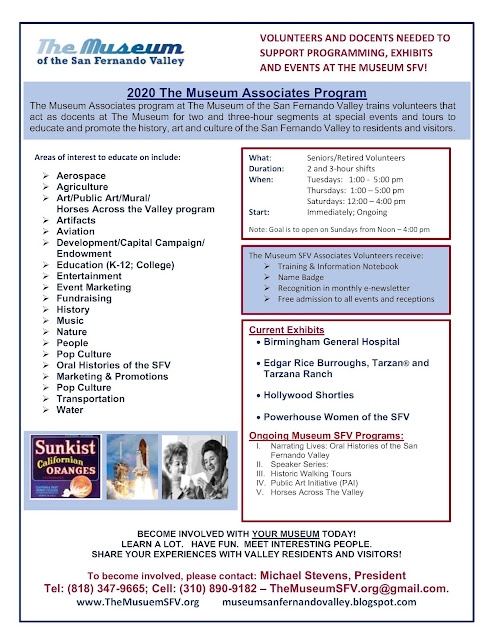 BECOME INVOLVED WITH YOUR MUSEUM TODAY!
LEARN A LOT.   HAVE FUN.  MEET INTERESTING PEOPLE.
SHARE YOUR EXPERIENCES WITH VALLEY RESIDENTS AND VISITORS!

The Museum SFV... is YOUR Museum.

Thank you for considering to become involved in The Museum SFV.

Posted by Michel Stevens
Posted by The Museum SFV at 9:09 AM 4 comments: