THERE'S STILL TIME TO JOIN AS A MEMBER OR TO DONATE IN 2014!

YES, there's still time to receive your tax deductible donation by becoming a Member or Donor of The Museum.

One of the many reasons to support YOUR Museum is to support current and upcoming programming. The Museum strives to educate, engage, preserve and support the history, art and culture of the San Fernando Valley.

Jazz Greats... Studio Musicians.. Rock 'N Rollers...The King of Pop...Reality Show Contestants that made it big...Music Icons... some of the finest guitar makers...all part of the history of the valley.  Enjoy the images and memories from each of their careers.

Would you like to learn more about these people?  As part of an exhibit at The Museum?

Well, then please support your Museum to allow this programming to occur. 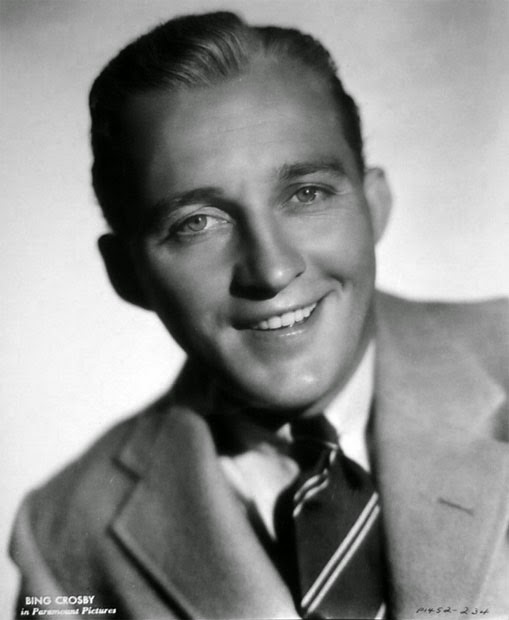 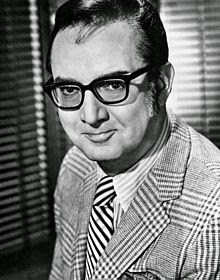 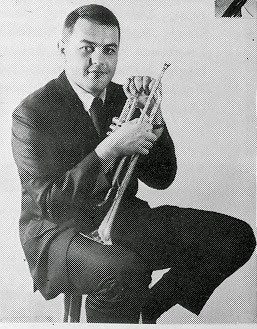 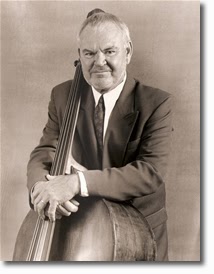 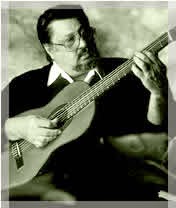 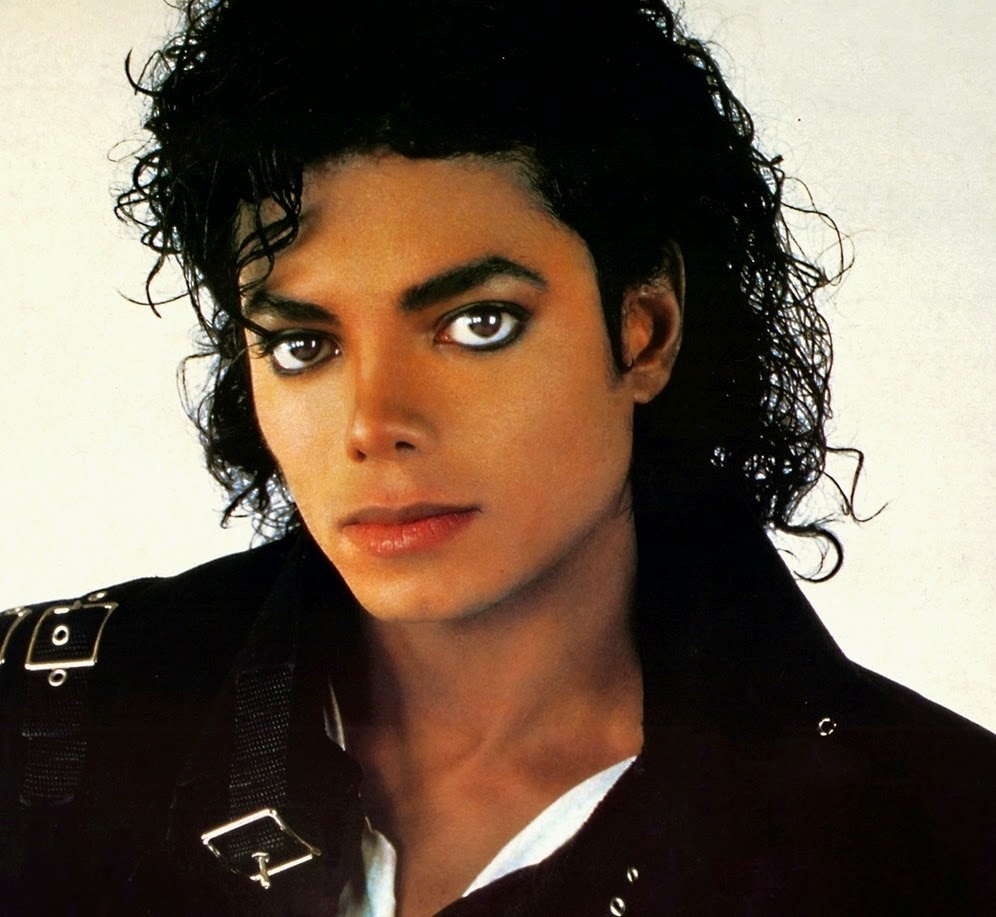 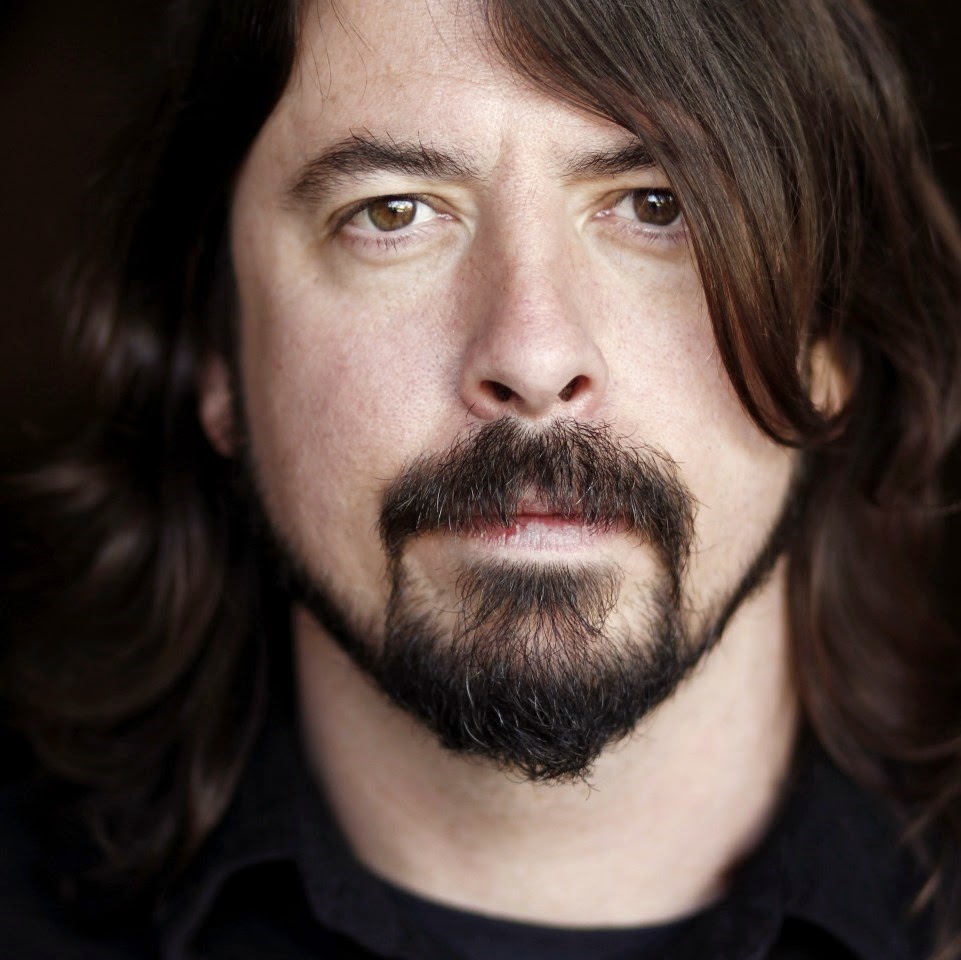 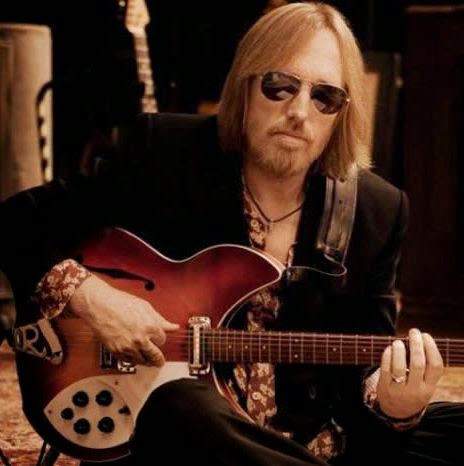 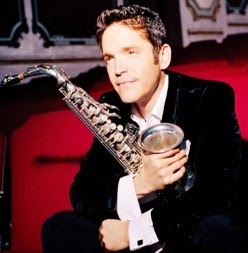 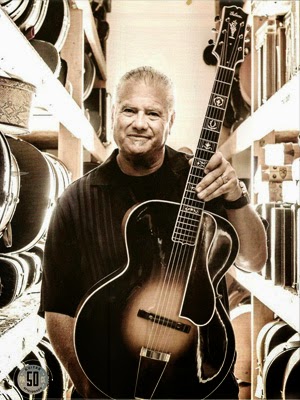 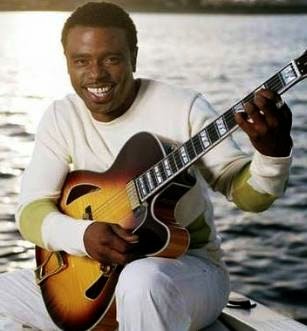 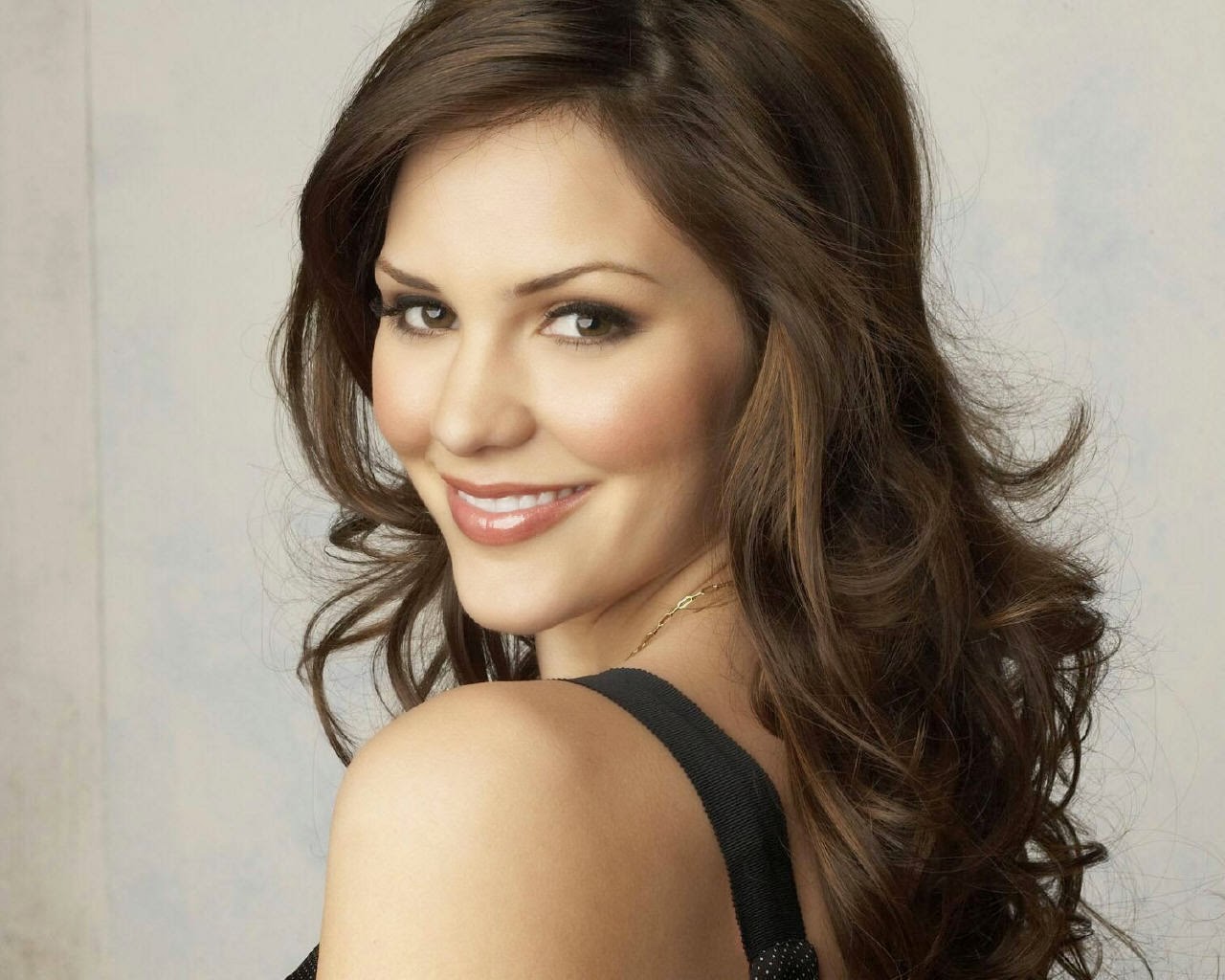 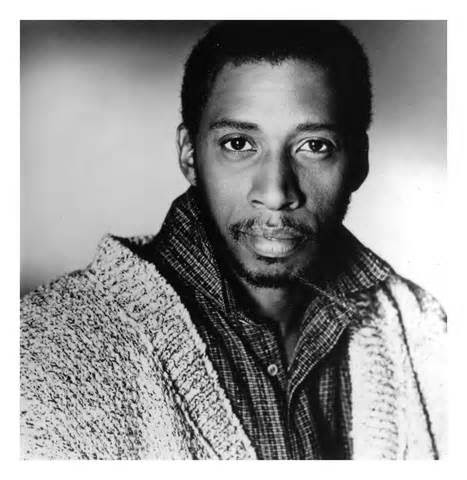 What an incredible array of talent!

The Museum of the San Fernando Valley is pleased to announce that Marvin Westmore of the famed Westmore Family, First Family of Movie Makeup has joined The Museum's board of directors. 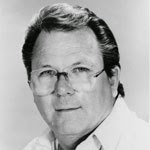 Marvin G. Westmore – is a six-time Emmy nominated, third-generation professional Hollywood Makeup Artist, with a history of over 50 years in motion picture and consumer makeup. Marvin Westmore is considered by his peers to be the top makeup specialist in his many fields.  He has authored numerous detailed articles on makeup, hair design, the makeup industry, movies and medical aesthetic makeup.

The WestmoreFamily is the first family of Hollywood makeup. Led by their patriarch, George Westmore, the family has had four generations serve Hollywood as makeup artists in various capacities since George's establishment of Hollywood's first makeup department in 1917.

The Westmore’s were awarded a Star on the Hollywood Walk of Fame for Motion Pictures at 1645 Vine Street in Hollywood, CA.


Posted by The Museum SFV at 2:06 PM No comments:
Email ThisBlogThis!Share to TwitterShare to FacebookShare to Pinterest

The Museum is pleased to announce that an article is out today in the Los Angeles Times on the front page of the Calendar section.

Thanks to Deborah Vankin for the article and Mel Melcon for the photos taken.

The Museum continues to garner press, media, clout and attention in the San Fernando Valley and throughout greater Los Angeles. This has been created by the hard work of the board of directors, advisory members, committee members and all of the volunteers along the way.

Thanks to everyone involved! Let's keep up the good work!

Please visit this blog regularly, The Museum website at www.TheMuseumSFV.org and our social media sites.

Museum of the San Fernando Valley could herald 'cultural renaissance' 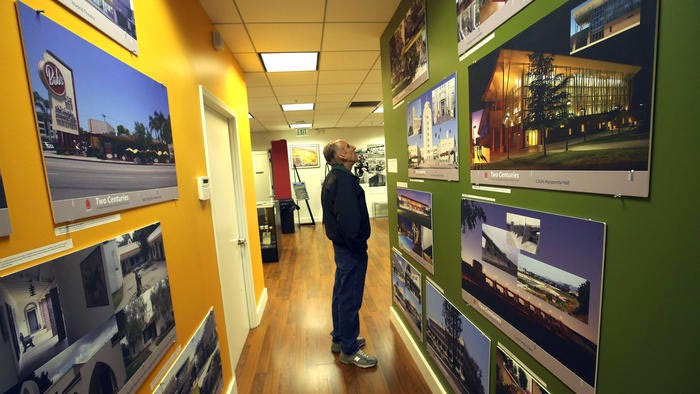 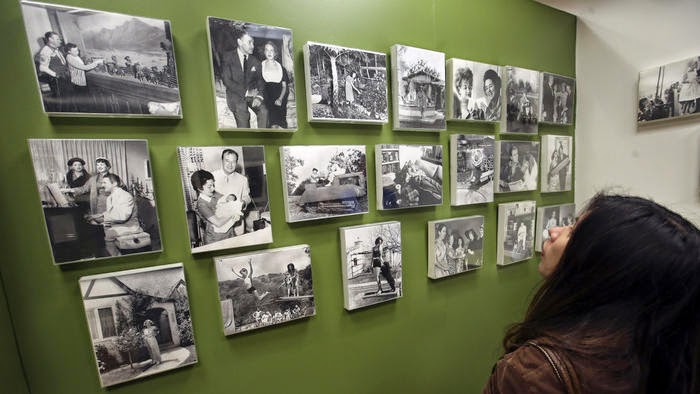 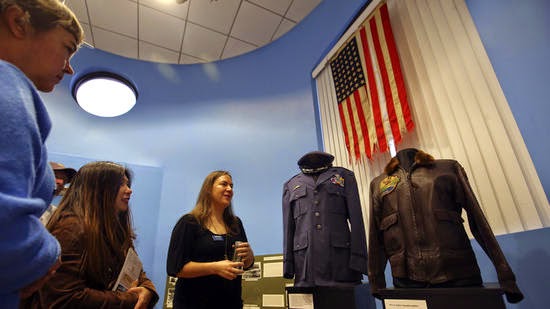 Posted by The Museum SFV at 11:53 AM No comments:
Email ThisBlogThis!Share to TwitterShare to FacebookShare to Pinterest

Much thanks to Northridge Sparkle, Mural Environments, Northridge South Neighborhood Council, all of the other sponsors, artist Tim Cornelius, contributors and participants that created and assisted with the Zelzah Train Station mural.

Special thanks to The Museum's Public Art Initiative leader Roger Dolin. The work was just done with Roger and Leslie Jean did a great job with adhering the plaque on the wall.

The mural is located on the Southeast corner of Reseda Blvd. and Rayen Avenue in Northridge.

This area is part of the Great Streets Initiative devised by Mayor Garcetti and the City Council. Thanks to CD12 and Councilman Englander and his staff for all of their support. 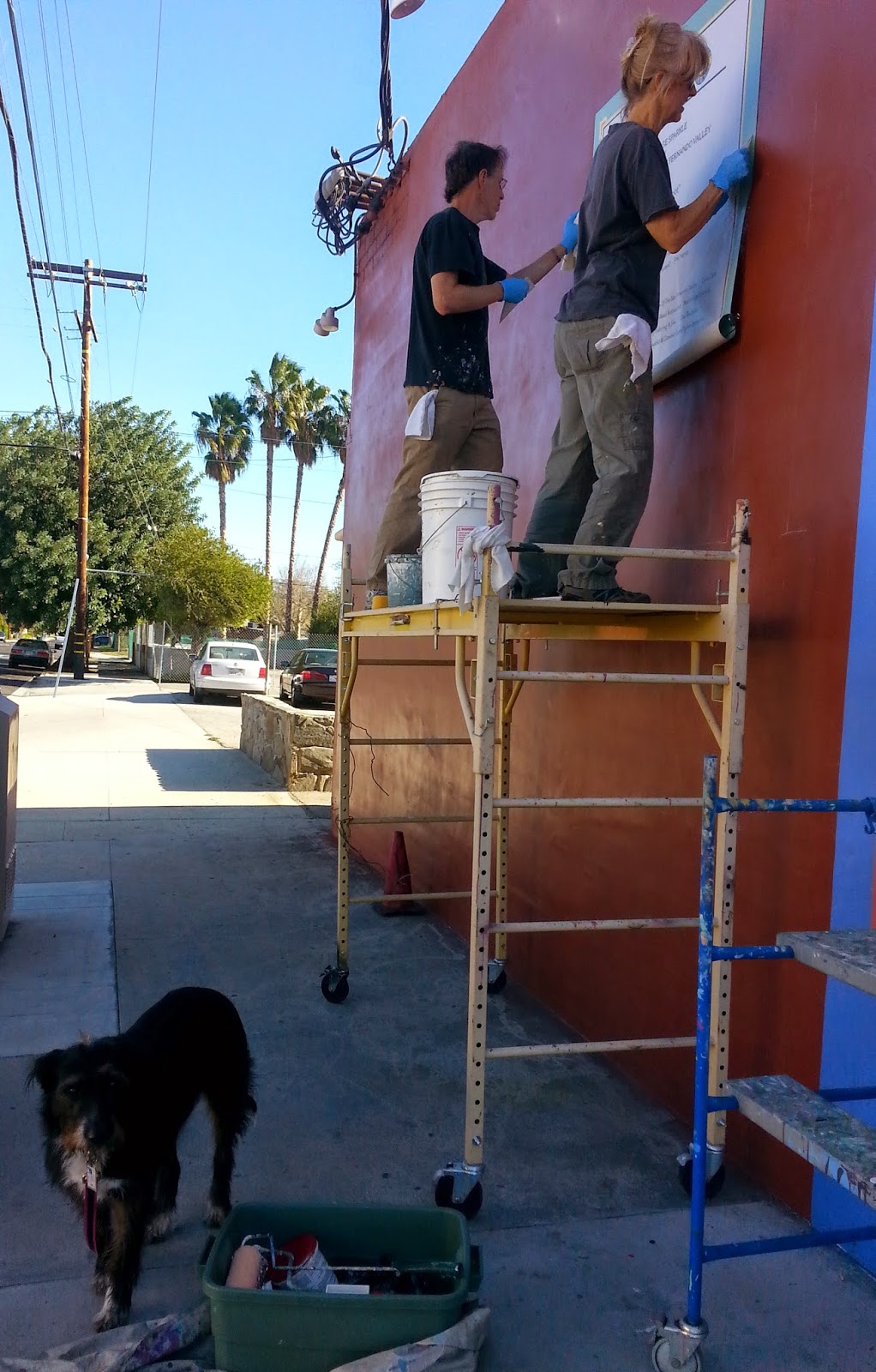 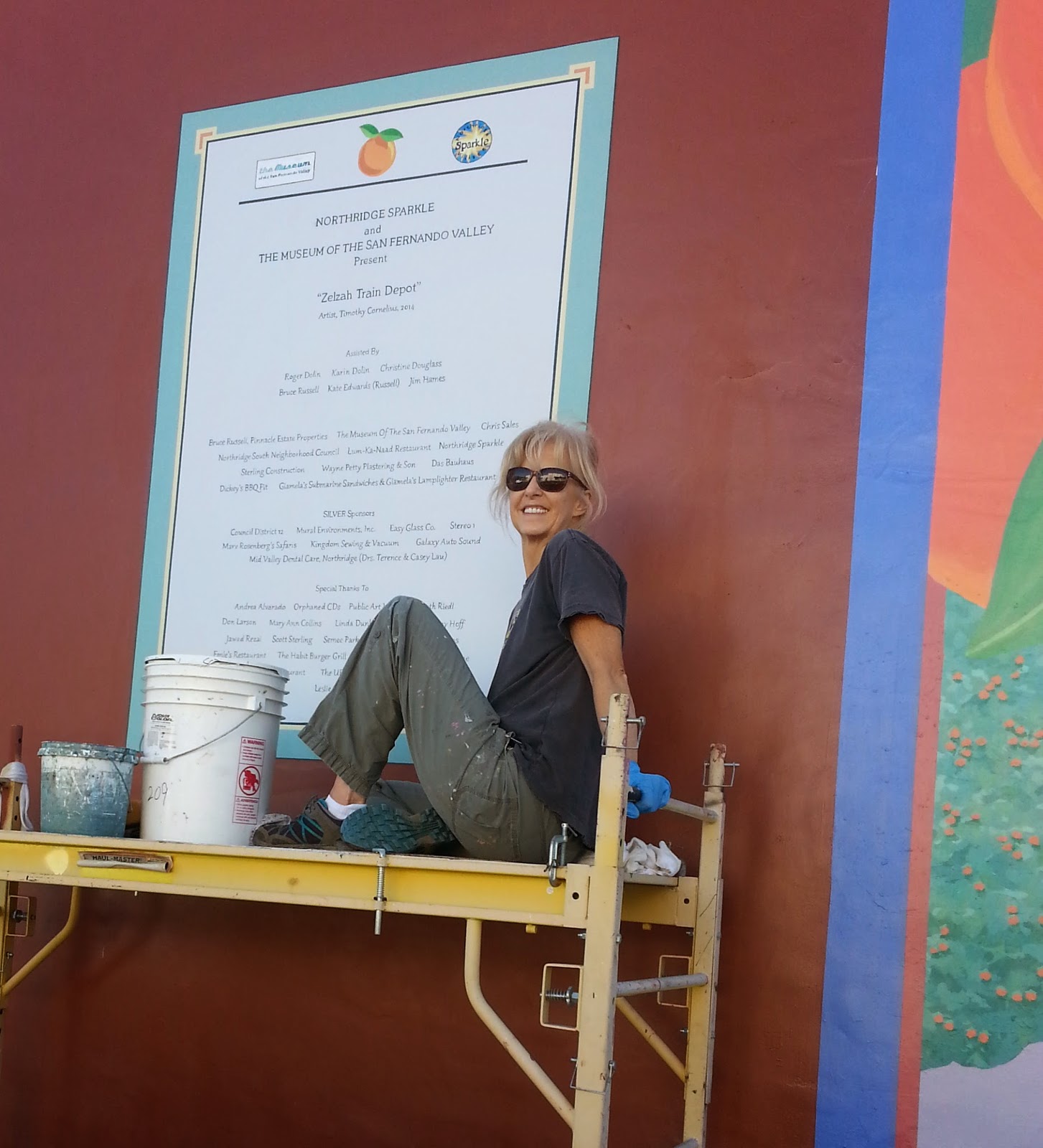 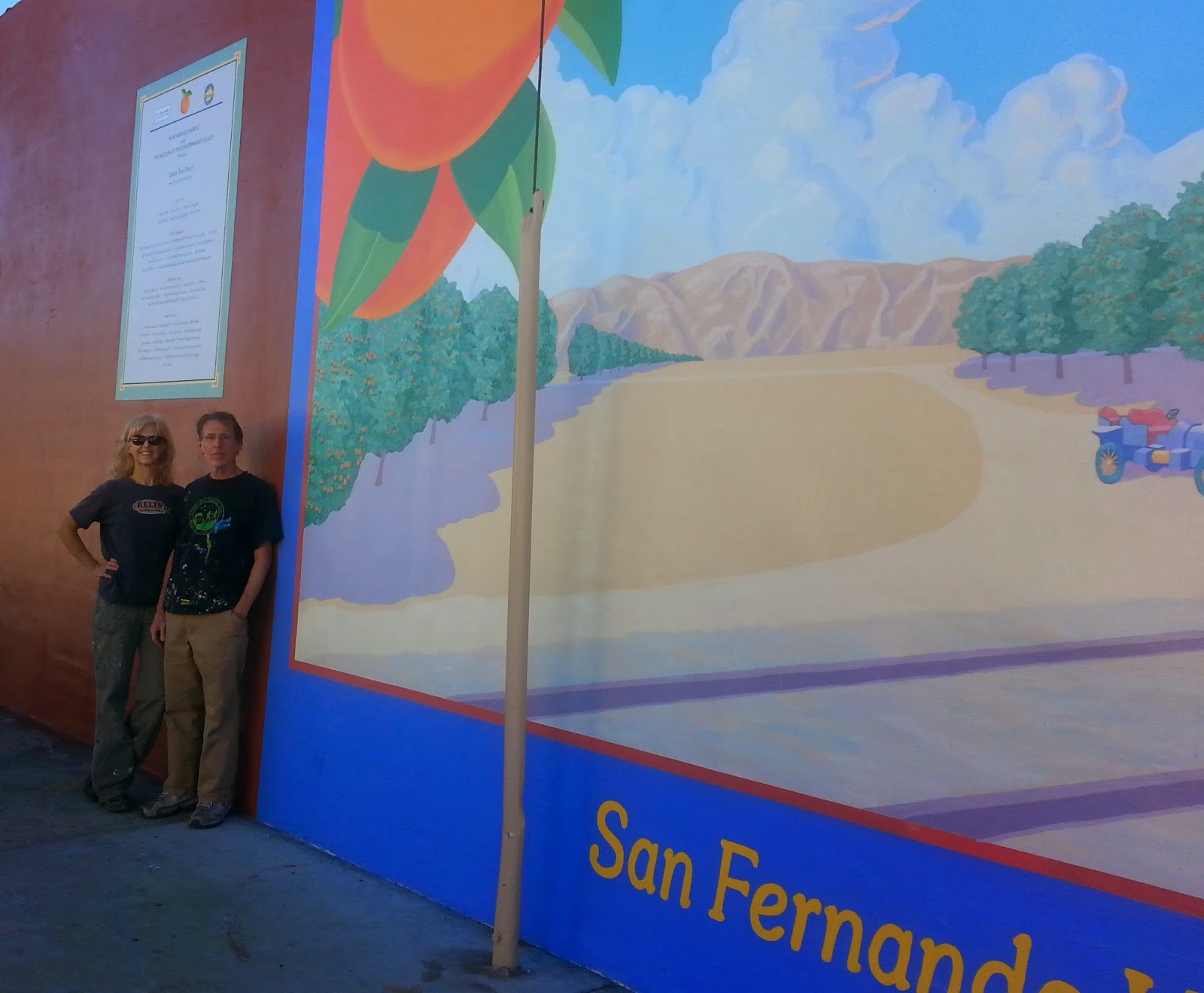 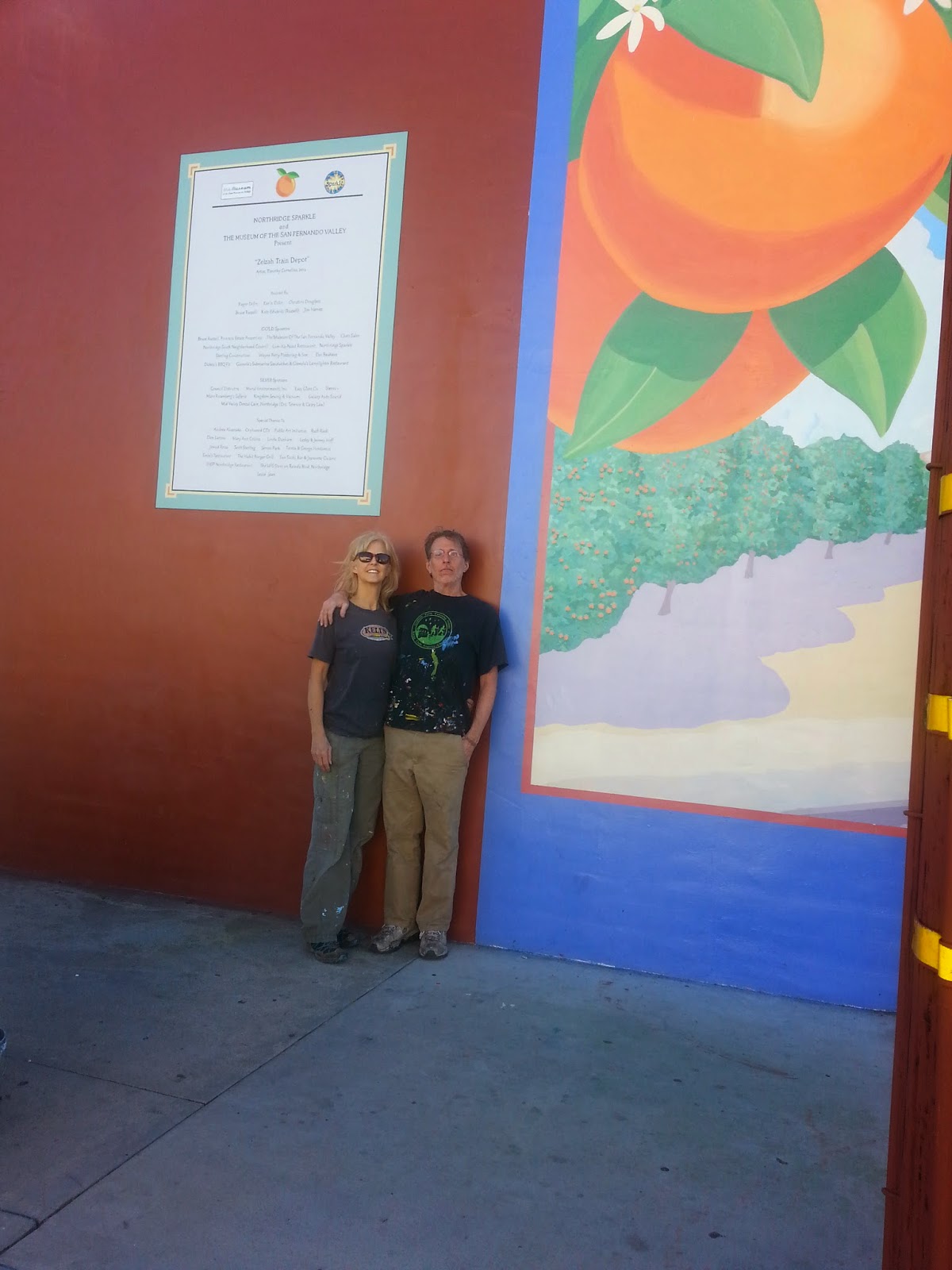 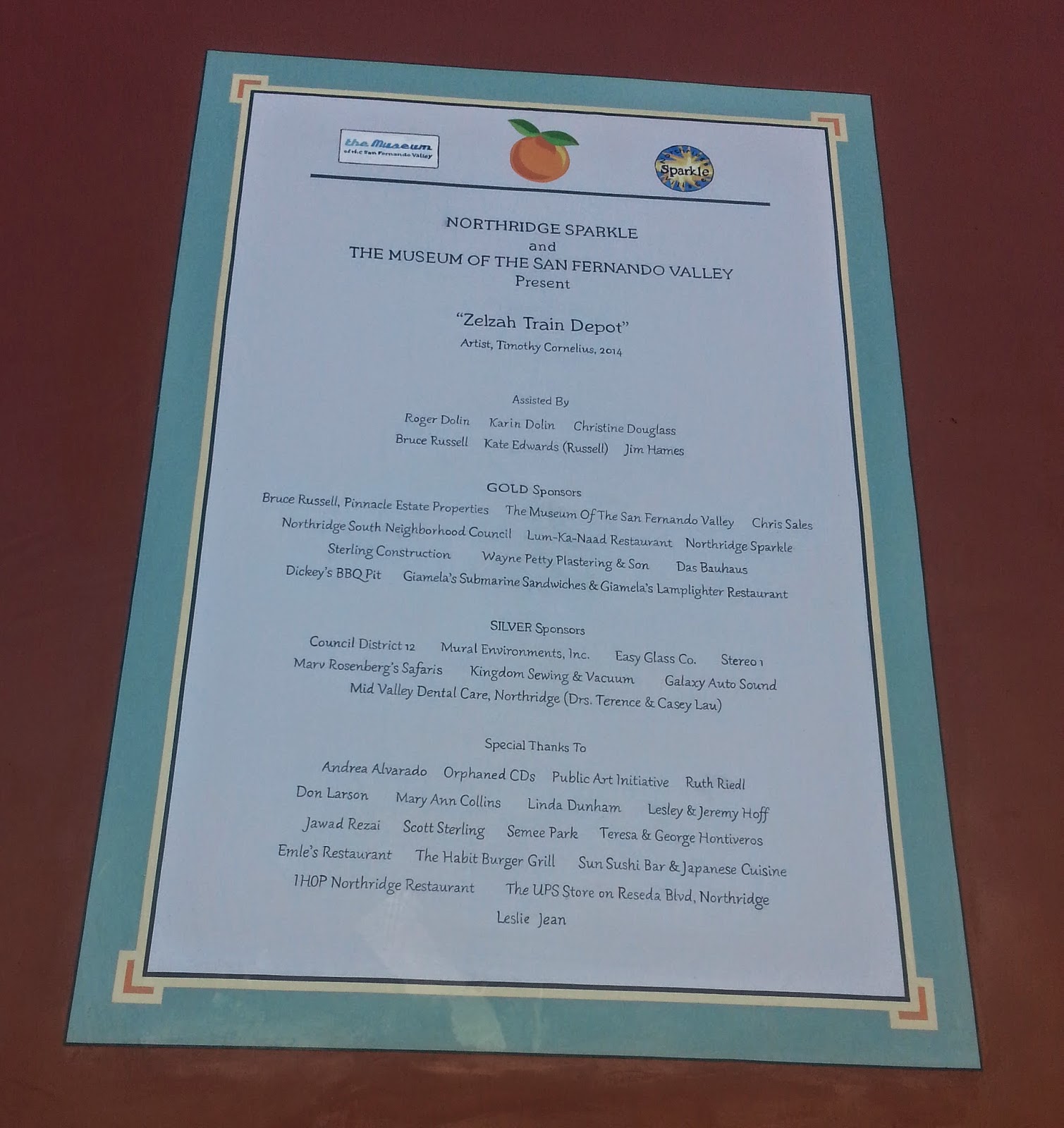 Posted by The Museum SFV at 11:42 AM No comments:
Email ThisBlogThis!Share to TwitterShare to FacebookShare to Pinterest

His works, teachings, publications and organizations not only transformed portions of the San Fernando Valley, but reached throughout the United States and the world.

“Harold Schulweis was a public intellectual who redefined what it is to be a Jew, an author and passionate orator who met injustices and suffering with action,” said Rabbi Ed Feinstein, his friend and successor as senior rabbi at VBS. 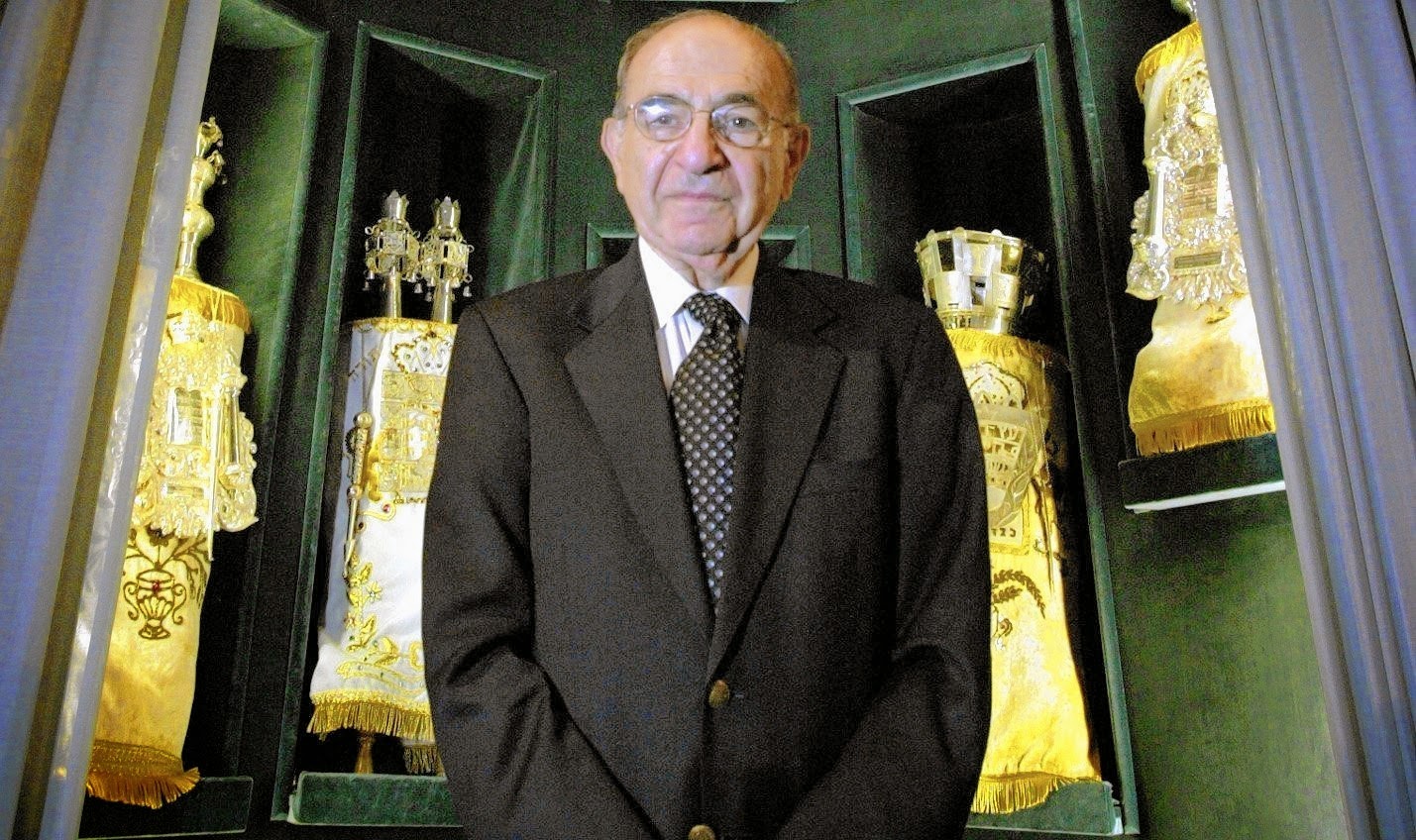 “He transformed his synagogue into a living laboratory of social activism and creative spiritual life, introducing innovations that became staples for Jewish congregations across North America,” Feinstein said.

Schulweis recognized the power of congregations to shape the lives of a generation of Jews isolated from community and alienated from their traditions. In 1970, he took the pulpit of VBS in the burgeoning San Fernando Valley. Under his leadership, the synagogue grew to become the largest Conservative congregation in the Western United States.


In 1970, Rabbi Schulweis was invited to the pulpit of Valley Beth Shalom, a Conservative synagogue in the burgeoning San Fernando Valley community of Encino. He transformed his synagogue into a living laboratory of social activism and creative spiritual life introducing innovations that became staples for Jewish congregations across North America. In 1971, Schulweis introduced synagogue-based "Havurot," gathering small groups of families to share religious and family life. His "Para-Rabbinic" initiative offered a revolutionary model of lay-professional synagogue leadership. A para-professional Counseling Center was established at Valley Beth Shalom offering psychological and family support to the synagogue and wider communities. In 1992, Schulweis was among the first rabbis in the Conservative Movement to openly welcome gay and lesbian Jews into the synagogue. 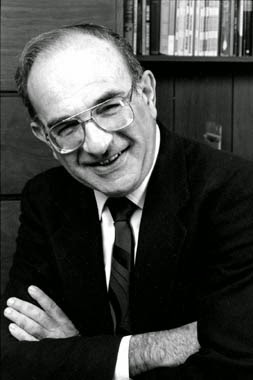 Schulweis' reach went far beyond his congregation. His pulpit became a launching pad for his efforts to re-focus contemporary Judaism. He founded the Jewish Foundation for the Righteous (jfr.org), recognizing, celebrating and supporting Christians who rescued Jews during the Holocaust. With Rabbi Leonard Fine, he founded Mazon (Mazon.org), a Jewish community response to hunger and poverty in America. In 2004, he established Jewish World Watch (JewishWorldWatch.org), a coalition of Jewish organizations dedicated to raising awareness and mobilizing resources in response to the on-going genocide in Darfur and the Congo.

Speaking on the occasion of Schulweis' 80th birthday in 2005, Rabbi Harold Kushner described him as "the finest Rabbi in America." At a celebration of the tenth anniversary of the founding of Jewish World Watch earlier this year, Rabbi Irving (Yitz) Greenberg described Schulweis is "one of the great teachers of our people's history."

As much public intellectual as pulpit rabbi, Schulweis authored nine books and hundreds of articles in which he offered a unique version of post-Holocaust Jewish theology. Schulweis' "Theological humanism" is rooted in the Biblical conviction that the human being bears the divine image, and in philosopher Martin Buber's concept of God revealed in deep human relationships. Schulweis imagined God not above us, but within and between human beings. Prayer and religious observance, Schulweis instructed, are not directed above as a plea for supernatural intervention, but within - as an inspiration to individual and communal reflection, commitment and moral action. Building on the theology developed in his doctoral writing, Schulweis advocated "predicate theology," identifying those aspects of human activity which are "Godly". "God," he frequently argued, "is not believed, but behaved". Conscience is the living nexus between the divine and the human in everyday life. The cultivation of conscience is the central function of religious life and religious education.

Schulweis remained active in the life of the congregation until his death. He delivered sermons during High Holiday services in September 2013 and remained at Shabbat services and other community events.


Among Rabbi Schulweis' greatest legacy is his vast library of publications that will live on and serve for generations to come in his memory. Just a few of note are: Evil and the Morality of God (Jersey City, N.J: Ktav Pub. House, 2010.); For Those Who Can't Believe, Overcoming the Obstacles to Faith (1995, New York: Harper Perennial; Finding Each Other in Judaism: Meditations on the Rites of Passage from Birth to Immortality (2001, New York: URJ Press); In God's Mirror, Reflections and Essays (2003, Jersey City, NJ: KTAV); Conscience: The Duty to Obey and the Duty to Disobey. (2010, Woodstock, VT: Jewish Lights); Embracing the Seeker (2010, Halperin, M., (Ed.) Jersey City, NJ: KTAV). The Schulweis Institute online library, www.hmsi.info, offers a collection serving as the living repository for over 750 audio, video and document copies of the Rabbi's writings, sermons and teachings.

The funeral will take place at Valley Beth Shalom, 15739 Ventura Boulevard, Encino, CA at 11 a.m. on Sun., Dec. 21, 2014. A private burial will follow.
Posted by The Museum SFV at 10:15 AM No comments:
Email ThisBlogThis!Share to TwitterShare to FacebookShare to Pinterest

Come on over to the Rancho Cordiella del Norte for its holiday program on December 20th. 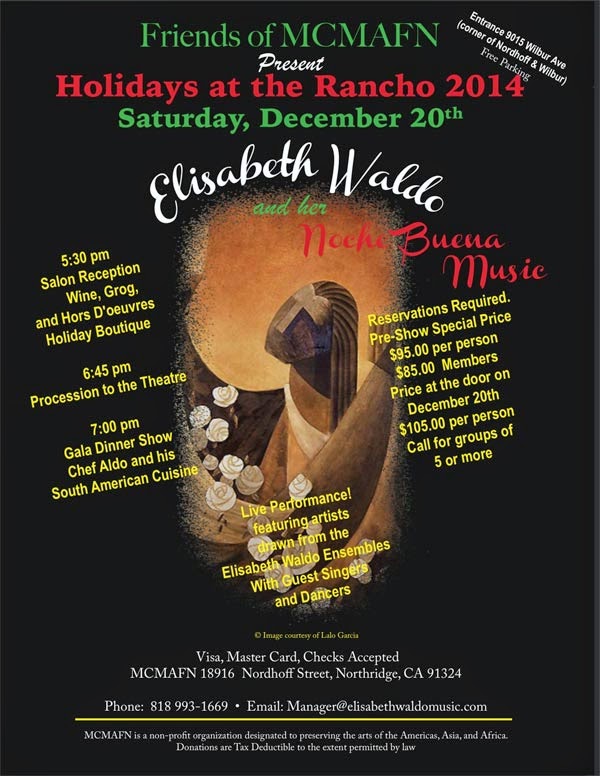 Posted by The Museum SFV at 9:23 AM No comments:
Email ThisBlogThis!Share to TwitterShare to FacebookShare to Pinterest
Newer Posts Older Posts Home
Subscribe to: Posts (Atom)