The Museum of the San Fernando Valley and its Public Art Initiative is pleased to offer an other special event as part of its ongoing Artist Speaker Series with artist Anne K. Bowman. 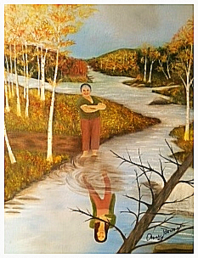 Anne Bowman was born in Brooklyn, NY in July, 1941 as Anne Kass and lived there until June, 1959, at which time her family moved to North Hollywood, CA. She continued her education at UCLA as a physical education major, earning a BS, an MS and a teaching credential. She also met her first husband and began teaching in Sept, 1964 as Anne Newman at Carson HS. She eventually had a son. Gregory, in 1967 and a daughter, Stefani, in 1969 and moved to Woodland Hills in 1970. She then began a 26 year teaching career at Taft Hs, teaching exercise classes, dance production, health education and was class sponsor four times. She left Taft and her first husband in 1996. She remarried in 1997 and became Anne Bowman, and continued to teach at Monroe HS until 2004, when she retired from teaching.

She had always wanted to paint but had never taken an art class so, at that point, she started taking classes and has been painting ever since. She has presented here before and has also held her own Artist's Showcases in her spacious backyard. She has done that three times and looks forward to this year's show as our lives slowly return to their new normal, whatever that may be!  Through it all, she has been selling her art and making things happen. 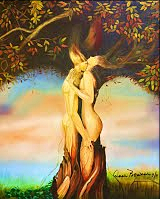 Upon registration, you will be sent the ZOOM Link.

Please join us for this special event. No charge, but a suggested $10 donation to The Museum and Public Art Initiative to support valley-based artists and art programming would be greatly appreciated.

Please invite a friend and enjoy this presentation. There will be an opportunity to purchase Anne's art too. 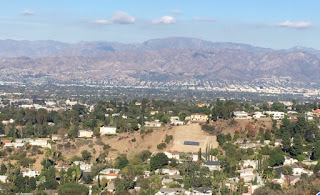 Please click on the link HERE to enjoy the article.

Please send her a note thanking her for the article or to send another comment:

Patt Morrison is a longtime Los Angeles Times writer, columnist and podcaster who has a share of two Pulitzer Prizes. Her broadcasting work has won six Emmys and 12 Golden Mike awards. Both of her nonfiction books have been bestsellers: “Rio LA,” her book about the Los Angeles River, and “Don’t Stop the Presses! Truth, Justice and the American Newspaper.” She the first woman in nearly 25 years to be honored with the L.A. Press Club’s lifetime achievement award. Pink’s, the legendary Hollywood hot dog stand, named its veggie dog after her.

Michael Stevens
President
The Museum of the San Fernando Valley

Posted by The Museum SFV at 9:36 AM No comments:
Email ThisBlogThis!Share to TwitterShare to FacebookShare to Pinterest

Hyman (Hy) Cohen, known to many as "Coach Cohen" passed away on February 4th, 2021, after reaching his 90th birthday days earlier. He died of complications due to Covid-19 at Eisenhower Memorial Hospital in Rancho Mirage, California. 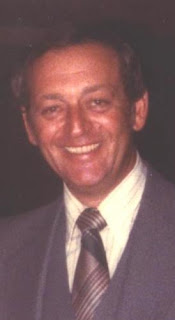 He was born in Brooklyn, NY in 1931, the son of Joseph & Bessie Cohen, Jewish immigrants from Eastern Europe. His colorful beginnings were in the baseball sandlots of Brooklyn. NY Yankees scout Paul Krichell showed up at the Polo grounds all-star sandlot game to watch 17 yr old, 6' 5" right hander Hymie Cohen strike out four batters in two innings. He told Hymie "You're going to be the next Hank Greenberg" and signed him for a $750 bonus plus $175/mth. Hy would also tell the story about his father sitting next to Babe Ruth during that game, and not knowing who he was.

After two years with the Yankees in the minors, Hy signed with the Chicago Cubs in 1951. Playing AAA ball in Des Moines, Hy won a record 10 straight wins, going 16-6 with a 1.88 ERA. In 1952, Hy was drafted into the U.S. Army during the Korean War, assigned to play baseball for the Army where he became teammates with Don Newcombe, Sparky Anderson and Maury Wills to name a few. Hy went 32-6 while playing for the Army. In 1954, Hy returned to the Cubs, making his major league debut the following year. Being one of 400 players in the big leagues, Hy pitched in 7 games for the Cubs. While he struck out Willie Mays twice in one game, Hy would laugh of the time he broke Stan Musial's hitting slump. Ultimately his 7.94 ERA sent him to the PCL Los Angeles Angels.

Two months and eight dates after arriving in LA, Hy married Terry Davis, the love of his life. At their wedding were Hy's teammates of the PCL Angels, Chuck Connors, aka "the Rifleman", Steve Bilko and Gene Mauch to name a few.

In 1956, Hy went 5-0 and then to the surprise of his teammates was traded to Memphis. In Memphis, Hy won 15 games leading the league with an ERA of 2.72. Waiting to get called back up to the big leagues, Jack Kent Cook, looking for a Jewish star for his Toronto team, bought his contract. Shortly thereafter, Hy called it quits on pro ball, but his many stories endured. 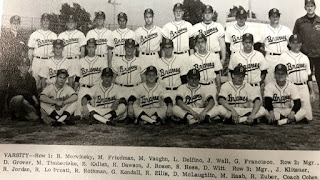 He became a physical education teacher and baseball coach at Birmingham High School, winning two City championship baseball titles in 1966 & 1969. He continued coaching baseball, football and tennis into the 1980's.

He was inducted into the SoCal Jewish Sports Hall of Fame in 1996. Hy was also honored as an outstanding educator in ceremonies at Dodger stadium.

He is survived by his wife of 66 years, Terry; son & daughter in-law, Jeff & Cheryl, daughter Jill and grandkids Aaron, Sarah & Rachel. The family held a private funeral at Mt.Sinai memorial in Simi Valley.

Posted by The Museum SFV at 9:23 AM No comments:
Email ThisBlogThis!Share to TwitterShare to FacebookShare to Pinterest

To celebrate 2021 Black History Month, The Museum of the San Fernando Valley’s Speaker Series in conjunction with the Pacoima Historical Society is proud to present:

As early as the 1920s, African Americans began coming to the San Fernando Valley. Although there were only a few, the 30s saw the numbers rise. By the 1950s, the Joe Louis Homes were built that attracted thousands from Los Angeles and the south to migrate to the Valley. Redlining and racial covenants prevented Blacks from living in most Valley areas. Still, this community built a rarely told oasis whose story we will share.
From the early beginnings in North Hollywood to Pacoima, the history is intriguing. Pacoima produced Heisman Trophy winners, Grammy award winners, and first Black Congresswoman from San Fernando High. This history is worth learning.  Crystal Jackson will make this presentation. 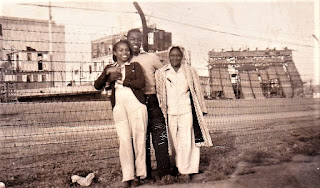 WHAT:  The Museum SFV History of Speaker Series
WHEN:  Saturday, February 27, 2021
TIME:   2:00 pm - 4:00 pm
COST:  FREE;   (suggested $10 donation to support The Museum SFV & Pacoima Historical Society)
RSVP HERE
DONATE if you can by clicking here - DONATE.
Crystal Jackson, board member of The Museum of the San Fernando Valley and Founder and President of the Pacoima Historical Society, and filmmaker of the 2018 Pan African Film Festival Best Feature Documentary nominee “Pacoima Stories: Land of Dreams”, and author of "The Entrance: Pacoima's Story". Learn about the Pacoima you never knew and its 1500 year history will present.
Crystal was born in Pacoima in the ‘60’s. Her family had moved to the San Fernando Valley in the 1930’s, first North Hollywood, then Pacoima. Crystal graduated Granada Hills High School but
went to San Fernando High her last semester to stay close to her Pacoima friends. She majored in Journalism at Cal State Northridge, but it wasn’t until Crystal moved to the Bay area to begin her Pacoima film that she realized the richness of her town’s history.
Upon registration, guests will be sent the Zoom link. 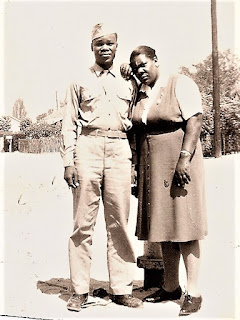 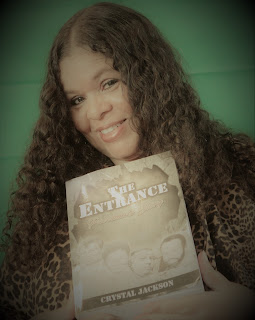 Please spread the word for this special presentation and event.
Thank you.

Posted by The Museum SFV at 8:24 AM No comments:
Email ThisBlogThis!Share to TwitterShare to FacebookShare to Pinterest
Newer Posts Older Posts Home
Subscribe to: Posts (Atom)