Cactus Mack had one of the most popular music programs in Burbank and Los Angeles in 1930s and 1940s. He performed with a backup group called the Saddle Tramps. They made Burbank's radio KEIW (southwest corner of Magnolia and Hollywood Way) the Valley's first mega-station. 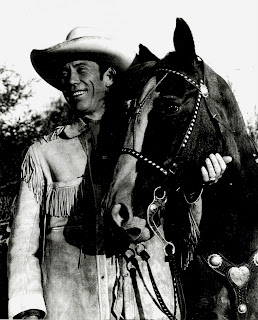