MYSTERY MAN IDENTIFIED AMONG THE ANTIQUE PHOTOS IN THE HIGH COLLECTION 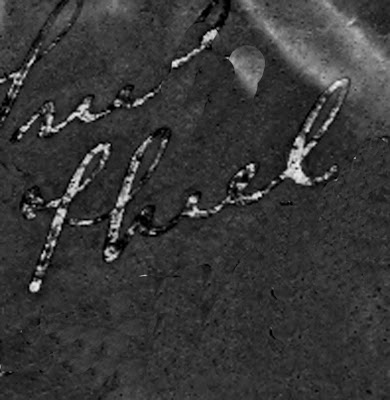 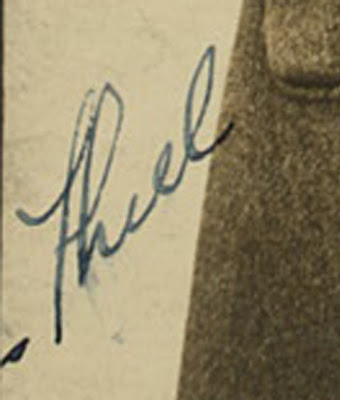 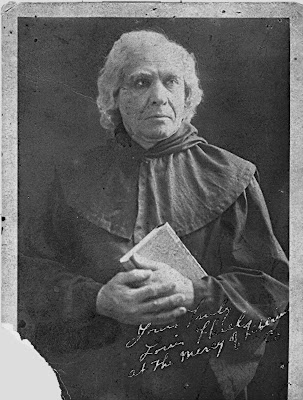 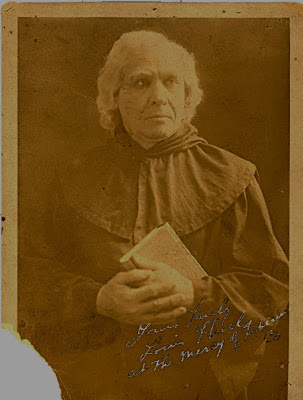 Photograph of Unknown Man - Gift to The Museum from Dave High - July 2009.

I had pretty much made up my mind that the person in this photograph, of which I made a black and white image to clarify his signature, was named Louis Huel. (It may still be) But, in the light from a lamp over my left shoulder, the signature just might be Louis or Lorian Thiel. Is this fellow some sort of minister? I thought so at first, but religious habits are made with greater care, due to their sacred nature. Sooooo, what's up here? I have a new guess. Suppose he's an actor. "At the mercy of Tibereus (?) Co. Can the "Co" refer to Company. In the late 1800s CO would not have been used, I believe, for Colorado.

What is your guess. Email your Museum or put your opinion in the "comment" section.
Posted by Gerald R. Fecht at 8:23 PM