THE FIRST REPUBLICAN CANDIDATE FOR PRESIDENT AND THE SAN FERNANDO VALLEY 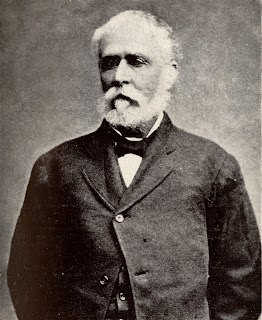 Often referred to in the Western history of the United States as "The Great Pathfinder", John Charles Freemont is one of the most colorful and important historic personages in the history of the San Fernando Valley.
In 1846, while a Lieutenant Colonel in the American Army, John Freemont became a major figure in the Mexican-American War. Assigned to the United State Mounted Rifles, he was ordered by his commander Commodore Robert F. Stockton to head a military force to bring Southern California under American control. Freemont soon led 300 soldiers on an attack on the fortified city of Santa Barbara. The battle for Santa Barbara, during a fierce rainstorm, went a long way to create the legend of greatness for the young officer.
Shortly after his victory in Santa Barbara, Freemont marched into the pueblo of Los Angeles and secured the growing city for the United States of America. On January 13, 1847, in the San Fernando Valley, he accepted the capitulation of the Californiaño General Andres Pico at Campo de Cahuenga (today on Lankershim Boulevard just at entrance to the Universal Metro).
Because of Freemont's controversial appointment by Commodore Stockton as the military governor of California, it might be fairly stated that Lieutenant Colonel John Charles Freemont was the first American governor of the San Fernando Valley.
In part because of his fame from the Mexican American War and the culmination of "Manifest Destiny" where the 101 freeway enters the Cahuenga Pass, John C. Freemont became one the first two U.S. Senators from the new State of California. Later he became the first candidate of the newly formed Republican Party for President of the United States.

Your Museum collects artifacts and research information about the American Civil War, the Mexican-American War, the Capitulation at Campo de Cahuenga. We also collect political documents and memorabilia.
The San Fernando Valley, in the heart of the Creative Capital of the World, deserves a great Museum of history and culture.
Posted by Gerald R. Fecht at 2:04 PM

My name is Sara Johnson, I live in california U.S.A and i am a happy woman today? I told my self that any Loan lender that could change my Life and that of my family after been scammed severally by these online loan lenders, i will refer any person that is looking for loan to Them. he gave happiness to me and my family, although at first i found it hard to trust him because of my experiences with past loan lenders, i was in need of a loan of $300,000.00 to start my life all over as a single parents with 2 kids, I met this honest and GOD fearing loan lender online Dr. Dave Logan that helped me with a loan of $300,000.00 U.S. Dollars, he is indeed a GOD fearing man, working with a reputable loan company. If you are in need of loan and you are 100% sure to pay back the loan please contact him on (daveloganloanfirm@gmail.com and Call/Text: +1(501)800-0690 ) .. and inform them Sara Johnson directed you.. Thanks. Blessed Be.