EDWARD EVERETT HORTON - AN ACTOR FOR ALL SEASONS


Until the Ventura 101 freeway was built, there stood in the way the stately home of the actor Edward Everett Horton. I think a freeway bridge bearing his name still spans the highway in Encino there. Horton was one of the most employed performers in Hollwood from the 1920s right up to the time of his death in Encino in 1970. Much admired by Ginger Rogers and Fred Astaire, Horton appeared in many of their films. (Click on image to enlarge it.) 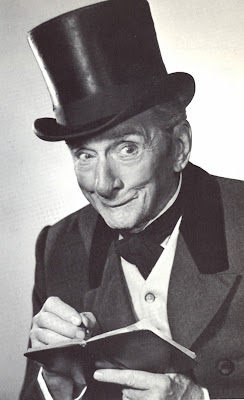 What a terrific Actor.

There is a small street off Burbank Blvd, just west of Balboa Blvd named after him, Edward Everett Horton Lane.

Actually, the 101 abutted his property with the house looking down on the freeway. My parents often remarked how sad it was to have the property carved up for that purpose.