DISCOVERING OUR VALLEY        2011
Since its establishment in Burbank, Warmer Brothers Studio has been a magnate attracting many of the most creative people in the world. Script writers, set designers, art directors, costume designer, directors, producers, and actors are bus just a few of the professions that make the San Fernando Valley the heart of the creative capital of the world. 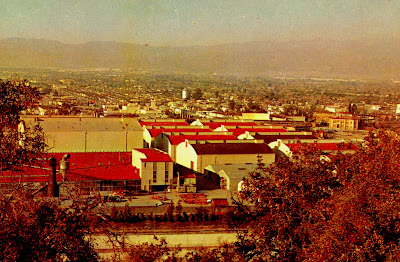 Vintage postcard of Warner Brothers Studios in Burbank - Gift to The Museum of the San Fernando Valley from Gary Fredburg 2011.  (click on image to enlarge it.)
Posted by Gerald R. Fecht at 5:55 PM
Email ThisBlogThis!Share to TwitterShare to FacebookShare to Pinterest
Labels: BURBANK, Warner Brothers Studio