The City of Los Angeles and The Museum of the San Fernando Valley lost a friend in Tom LaBonge.  At the founding of The Museum, after Greig Smith, Councilmember CD12 at the time, Tom LaBonge, CD4, was the next cheerleader for our growing museum. 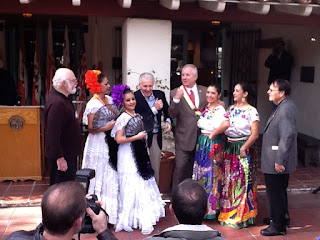 (this is a special photo because it has Councilmembers, Tom LaBonge and Paul Krekorian, Deuk Perrin and Guy Weddington McCreary - 2014 event)

Tom was terrific in exciting an audience and having them engage and enjoy a given event.

He was one of the first city council members to make a donation to The Museum.  After he was termed out of office, we had a couple of phone conversations where he said he was rummaging through all of his stuff and would have some items for us. A few months later, I was in my car, received a call, did not recognize the number but decided to answer it anyway, "hello, this is Michael."  "Hey, Mike! Tom Labonge here, I have some items and want to drop these off today at The Museum."  I replied, "sure, we would appreciate it."  We met later that day and he dropped some items that we still retain today.

He was a 39-year veteran of City Hall. He was known for enjoying the history of Los Angeles. He was an avid photographer and hand out calendars featuring his photographs of the city each year.

LaBonge, who served on the City Council from 2001 to 2015, passed away on Thursday. He was 67. Brigid, his wife of 41 years, said she had been unable to wake him up after he had been resting on the couch. No cause of death was given.

“He was such an irrepressible cheerleader for Los Angeles — a walking encyclopedia of all the amazing things and spots and neighborhoods and institutions in L.A.,” said Councilman Mike Bonin, who represents the city’s coastal neighborhoods. “He was the Huell Howser of L.A. politics, a spirit that was always optimistic and in love with the city.”

To read more on Tom LaBonge by By David Zahniser, Dakota Smith of the Los Angeles Times, please click HERE. 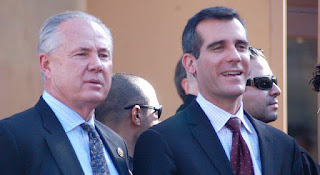 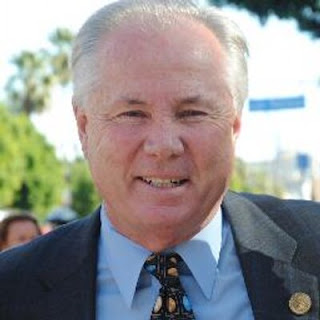 Posted by The Museum SFV at 11:11 PM
Email ThisBlogThis!Share to TwitterShare to FacebookShare to Pinterest