DAY 11 A VISIT TO SAINT MEL CHURCH IN WOODLAND HILLS 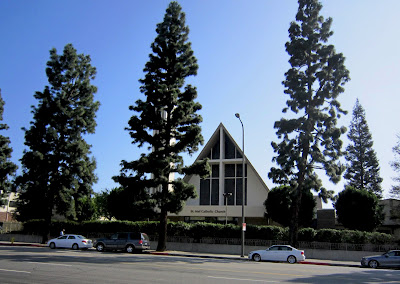 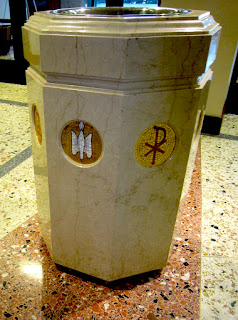 Original Baptism font at the main entrance of St. Mel church. The mosaic dove represents the Holy Spirit. The two Greek letters Chi and Rho are the initials of the name of Jesus. 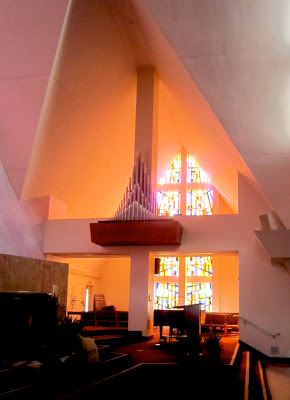 Window in the western wall of St. Mel church. 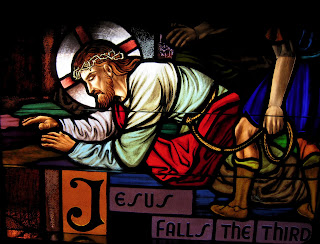 Stained glass window of one of the Stations of the Cross, a mystical pilgrimage to the Holy Land featured in Catholic churches, world wide. 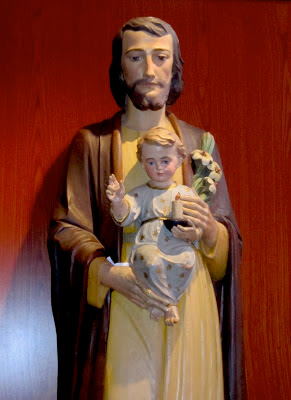 Saint Joseph, the foster father of Jesus. Joseph is patron saint of families. His symbol is a staff with lilies.  Someone has left a votive note on the saint's arm. A carpenter by trade, The much loved saint is sometimes given the title, Saint Joseph the Worker. He is invoked for the protection of families, homes and travelers. 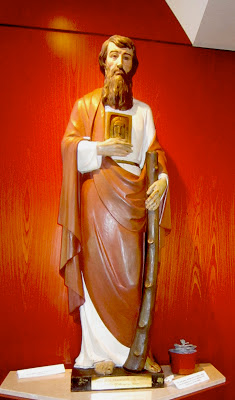 The Apostle Jude Thaddeus, who was martyred by being beaten with clubs, is invoked as the saint of hopeless situations. The famous children's cancer hospital is named for him. 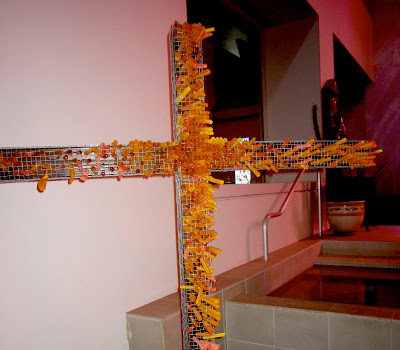 Related to the Jewish custom of leaving prayer requests at Soloman's temple in Jerusalem, petitions or statements of gratitude are placed in votive crosses in Catholic churches, especially in the pre-Easter season of Lent. 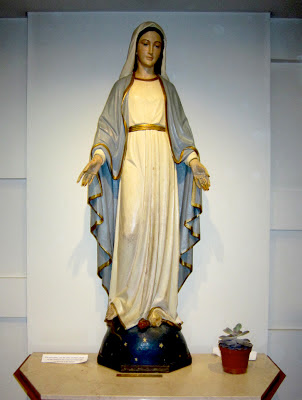 Statue of the Virgin Mary, the mother of Jesus, depicted here as the Immaculate Conception. Note Mary is depicted as stepping on a serpent over a celestial globe, as mentioned in the Torah's story of the the expulsion of Adam and Eve from the Garden of Eden. 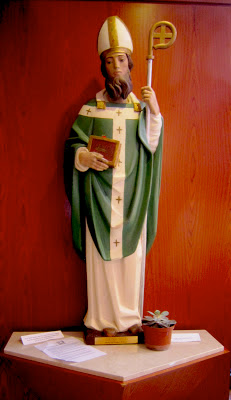 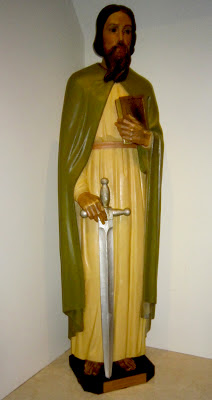 The Apostle Paul depicted holding the sword used in his martyrdom in Rome. 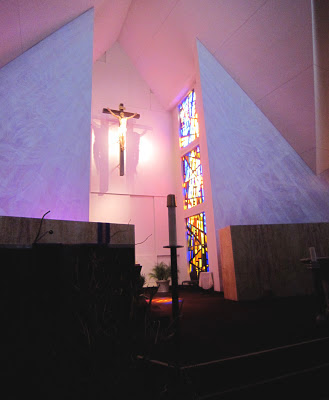 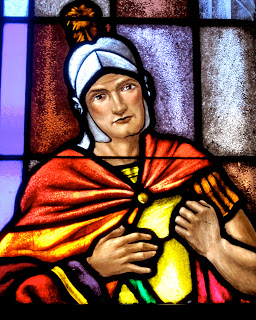 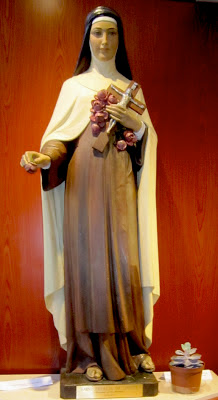