Sound City Studios
Founded in 1969, Sound City is the birthplace of many of the greatest recordings in rock and roll history. From 1970 to 2011, Sound City's vintage analog equipment captured the sounds of some of the world’s most important and best-loved music. 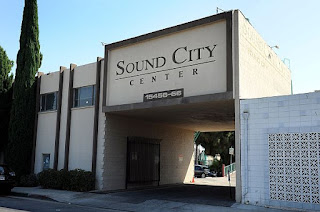 
Also, the famous sound studio is being immortalized on film by director Dave Grohl.The Los Angeles premiere is being staged on January 31st in Hollywood at the Cinerama Dome followed by a sold-out concert at the Palladium.

Everyone has their favorite artists and albums - take a look at the incredible range of work that was recorded at the Sound City Studios!