Not much has changed in the area along Ventura Boulevard from Woodlake to Valley Circle Drive, since my first walking experience there a few years ago.  Three uninspiring office buildings face the boulevard and two private residences. There is a long, boarded up building that serves as a Christmas tree lot in the winter. A tinsel decorated booth stands sadly in the vacant tree lot.
Day 3 was the perfect time for the battery of my camera to die, so I made an attempt to use my cell phone camera. In the meanwhile, here are a few photographs of the American Indian replica houses in Calabasas Creek Park. 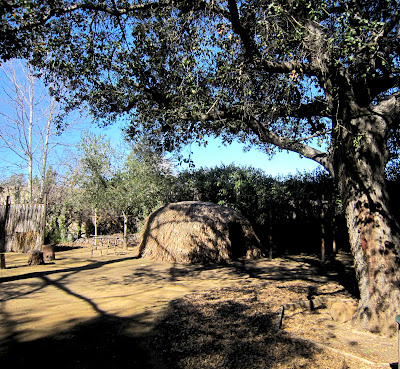 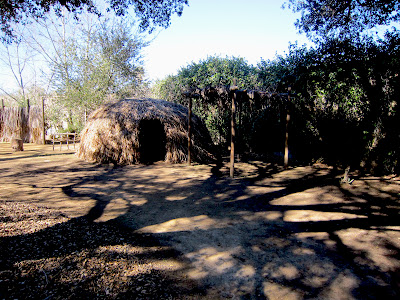 Two groups of Native Americans lived in the western most parts of the San Fernando Valley, at the time of the Spanish conquest. They were the Chumash and the Tongva. They appear to have been relatively peaceful. Air-filled tulle reeds were used by the Tongva as bed mats and for insulated sides of their huts. 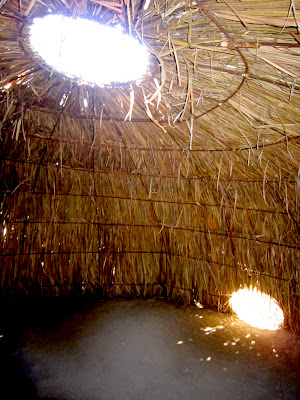 As progressive as the Native Americans were in the days before the arrival of the Spaniards, it is doubtful that they had ancient rebar. Instead they likely used carefully cured branches of willow. 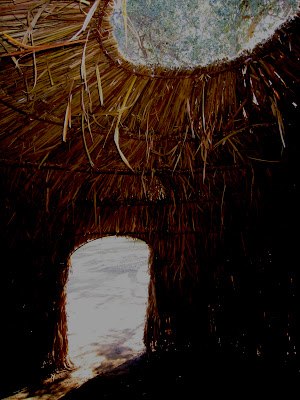 I have visite some native americans while I was in Argentina for a peace mission. I have stayed in a Buenos Aires temporary rent apartment because I have participated of the anual meeting of native american culture, which every year have place in a different country of South America.