CALIFORNIA PIZZA KITCHEN SAYS IT ALL 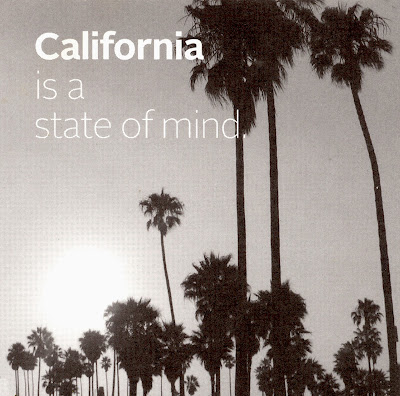 
I'm one of those people who believes that California really is a State of Mind. There used to be joke that said that if you could turn America on its side, anything that was loose would slide into our State. What are the factors that cause Californians to care so much about their health, style, or civil equality? In 2014, this blog will be exploring what makes the San Fernando Valley and Southern California so unique.

HAPPY NEW YEAR MUSEUM POSSUMS! BE HEALTHY AND HAPPY IN 2014.
Posted by Gerald R. Fecht at 3:28 PM No comments:

EARNIE'S TACOS IN NORTH HOLLYWOOD from 1952 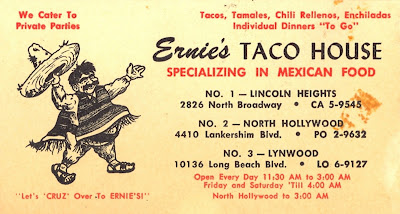 Ernie's Taco House - business card - 1950s - Gift to The Museum of the San Fernando Valley from Gary Fredburg 2013. (click on image to enlarge it.)


Ernie's Taco House, traditional Mexican eatery in North Hollywood was the 2nd of three locations in the greater Los Angeles area. Founded by Ernie Cruz, the North Hollywood location was opened on the 17th of June 1952.
Posted by Gerald R. Fecht at 2:45 PM 3 comments:


One of the most prestigious schools in California is Harvard - Westlake School in Studio City. Harvard School was founded as a boys' military academy in 1900 by Glenville C. Emery in what is now downtown Los Angeles. 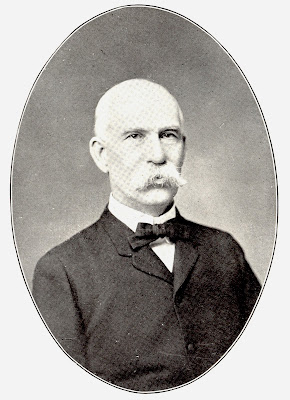 Grenville C. Emery - Founder of the Harvard School.
Excerpt from the Sentinel yearbook produced in 1937 - Gift to The Museum of the San Fernando Valley from Gary Fredburg in 2013. (click on image to enlarge it.)


Harvard School was opened in 1900 near the corner of Venice Boulevard and Western Avenue. In 1911 the school was affiliated with the Episcopal Church. In 1937, the school was relocated to property once owned by the defunct Hollywood Country Club in Studio City. The headmaster was the Right Reverend Robert Gooden. 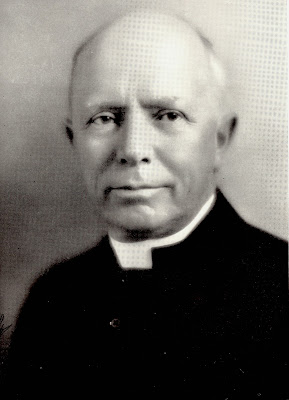 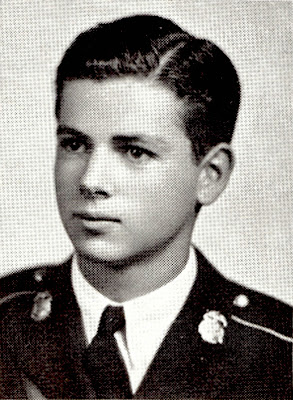 H. Peter Gantz - Senior Harvard School 1937
(I thought it might be interesting to include the yearbook biography of one of the graduating students  from the Harvard School.)


H. Peter Gantz "Pete", was born in Fullerton California August 19, 1919. His father is Harry Gantz, well-known oil man. His mother's maiden name was Beatrice Miller she is now married to Elmer J. Boeseke Jr. the  international polo player, and he is now a Pete's guardian. A step-sister Gertrude completes the family.
Pete entered Harvard school in 1934 as a sophomore coming to Los Angeles from La Cumbra School in Santa Barbara he is a member of the Red Club and the forum Club.
Pete has always been an enthusiastic sportsman although his thoughts are more with polo than in any other sport. He is an excellent player and we hope he will follow in the footsteps of his illustrious guardian. However Pete has always taken an active part in other sports, playing on the B football team in 1934 and in 1935, and taking his place as a regular on the 1935 - 1936 baseball teams.
He was appointed a Private, 1st class in the 1935 and later in the same year won his promotion to corporal. In his senior year he was appointed second lieutenant and was assigned to Company D. He has won his Marksman Badge.
Pete lists his hobbies as horses, polo and the fairer sex.  He has signified his intention of matriculating at Stanford to prepare himself for a career as a petroleum engineer
His  permanent address is 375 San Leandro Alejandro Lane in Montecito California.

Harvard School Track Team - 1937 (click on image to enlarge it.) 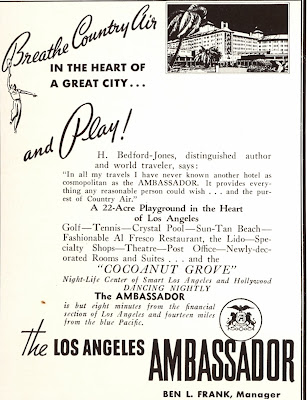 Advertisement in the 1937 Sentinel yearbook of Harvard School.
(click on image to enlarge it.)
Posted by Gerald R. Fecht at 10:27 PM 2 comments:

MERRY CHRISTMAS FROM YOUR MUSEUM


The nice thing about living in the San Fernando Valley is that if our historic crooner from Toluca Lake, Bing Crosby, gets to us with his "dreaming of a white Christmas" we can take a few hours to drive up to Mt. Baldy or Big Bear.
I think it's sweet to bring snow for the kids at the Tarzana Community Center or a park in Burbank. It's even sweeter when its on its way to the Los Angeles River the next day.
Enjoy your families, get some rest and eat some turkey - we have a Museum to build next year.
Merry Christmas
Jerry Fecht 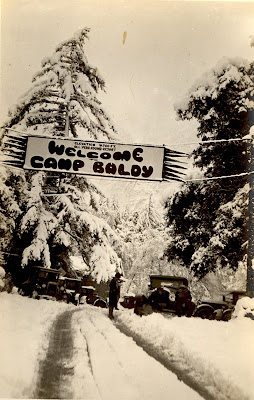 Snow on Mt. Baldy - c. 1948- vintage postcard - Gift to The Museum of the San Fernando Valley from Gary Fredburg 2013.  Click on image to enlarge it. 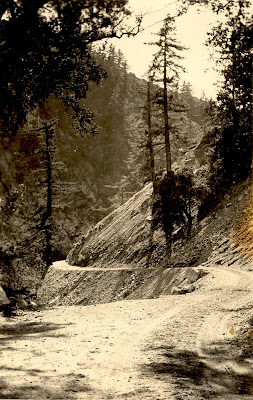 Road Around Hog's Back - c. 1948- Alexander's Studio - vintage postcard - Gift to The Museum of the San Fernando Valley from Gary Fredburg 2013.
Posted by Gerald R. Fecht at 1:14 PM No comments:

LOOKING BACK AT VAN NUYS HIGH SCHOOL IN 1950


On several occasions, in this blog, I have stressed the value to the San Fernando Valley's social history of school yearbooks and organization scrapbooks. Yearbooks often have an charm to them due to the fresh young student faces that are filled with the optimism of impending graduations. But there are occasions when the unpleasant ghosts of racism and social inequalities are glaringly apparent as well. Staged advertisements allow us to peek back into other times and circumstances. 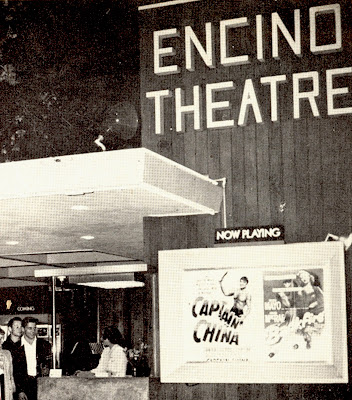 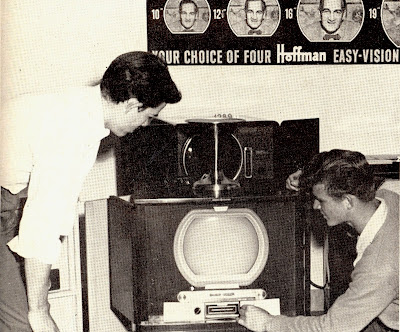 Templin's Electrical Appliances
"Kent claimed it was the finest he had ever laid eyes on."
14522 Friar Street, Van Nuys 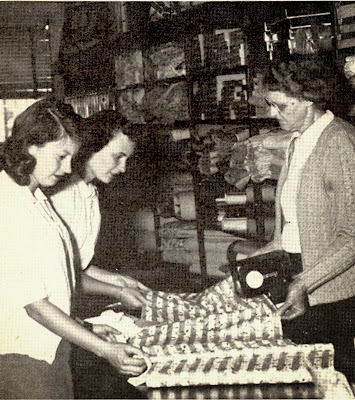 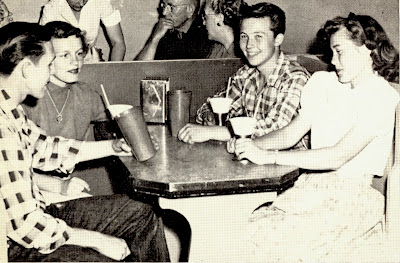 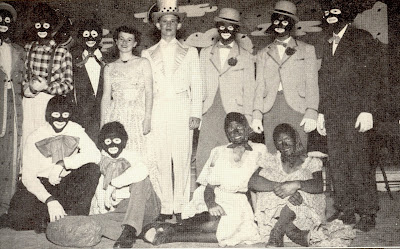 
In June of 1949, Vierling Kersey was the principal of Van Nuys High School. Kersey was selected to be the director of Los Angeles Valley College, which was at that time located on the high school campus. The college was under the jurisdiction of the Los Angeles Board of Education. It was a variation of the school district's adult education classes.
Classes were held in world war ii military bungalows and focused on classes appealing to veterans using their GI Bill education funds. 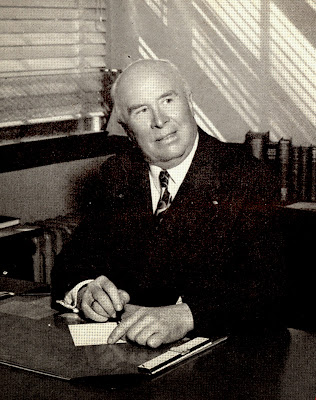 VIERLING KERSEY
Photo from a 1950 Van Nuys High School yearbook - Gift to The Museum of the San Fernando Valley from Gary Fredburg 2013.  (click on image to enlarge)

What do these Van Nuys High School football players have in common?  Look carefully at their faces. 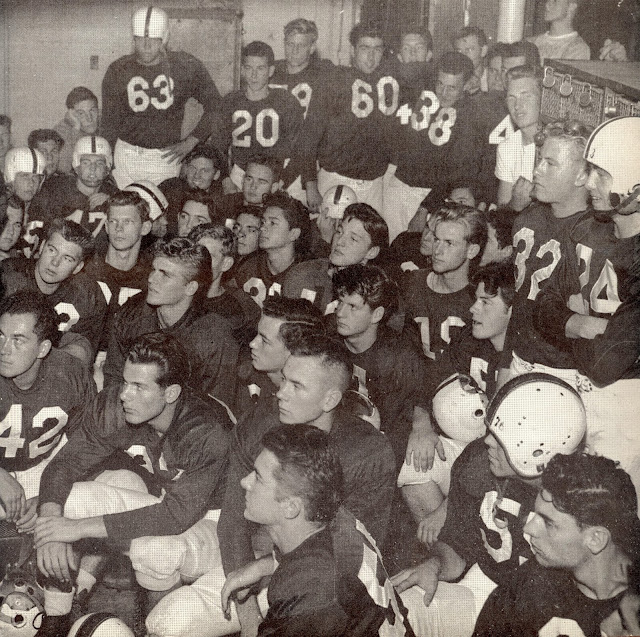 Today their average age would be 80 years old.
Today the ethnic demographic would be different as well.

1950 "Crimson and Gray" yearbook - Van Nuys High School - Gift to The Museum of the San Fernando Valley from Gary Fredburg 2013.
Posted by Gerald R. Fecht at 9:01 PM No comments: