DISCOVERING OUR VALLEY    2011
When Catherine Olson took these docile photographs of Hollywood landmarks, the world was a long way from peace. 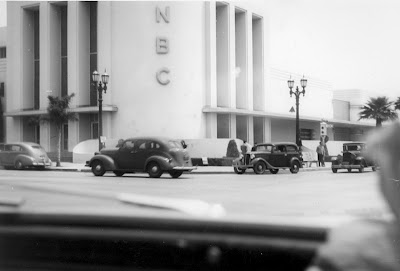 The west coast headquarters of NBC radio was located on Sunset Boulevard in Hollywood, when this photo was taken on June 4, 1942. The image was developed the same day the United States Navy was engaged with the ships of the Imperial Japanese Navy in the Battle of Midway. Photo 3876 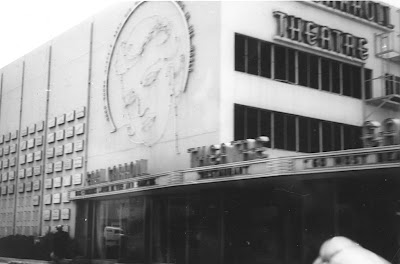 Taken also at the time of the Battle of Midway, this photograph shows the facade of the very famous Earl Carroll Theatre on Sunset Boulevard. A note on the back of the photo indicates that the iconic neon lighted sign was the image of Beryl Wallace.  Catherine Olson noted that the address was 6230 Sunset Boulevard.  June 4, 1942   -  Photo number 3877 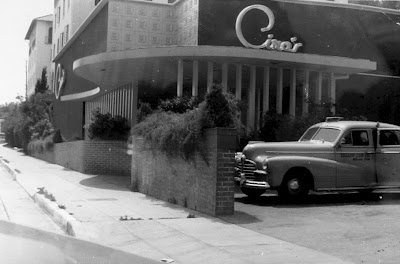 Ciro's Nightclub, July 2, 1942.  Photo donated to The Museum of the San Fernando Valley from the estate of Catherine Olson 2011, by her daughter Mary Olson Friedman.  (click on images to enlarge) Photo number 3875
At the time this photograph was taken, and processed at the Campus Camera Shop in Westwood, the Battle of El Alamein was going on in North Africa. I am not sure, but I think automobiles were no longer being manufactured in America by this time.
Posted by Gerald R. Fecht at 5:08 PM