DISCOVERING OUR VALLEY     2011
When, lifelong San Fernando Valley resident Catherine Olson died earlier this year, her daughter Mary made sure that The Museum received some of her interesting photographs and 1984 Olympic Games memorabilia. Here are three snapshots from one of Catherine's albums. They give us a glimpse of what recreation was like in the 1930s. 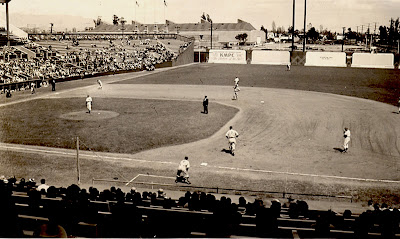 This photograph (number 3624) is marked "Hollywood Ball Field"  One of the billboards reads KMPC. I think it is Gilmore Field. What is your opinion? (click on image to enlarge) 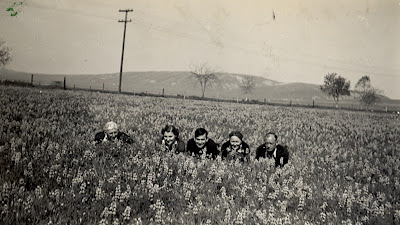 Someday, The Museum may have the special equipment enabling us to identify locations from background hills and other geographical evidence.  I'm sure that the flowers these folks are hiding in are California lupin.  Refer to photograph 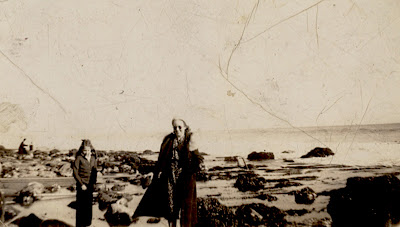