FILLMORE MUSEUM HAS LOTS OF TREASURES

DISCOVERING OUR VALLEY     2011
Over two centuries ago, the Mission San Fernando Rey de Espagña in Mission Hills, claimed much of the Santa Paula River Valley in Ventura County. Today charming towns there like Fillmore, Piru and Santa Paula are a worthwhile get-aways for San Fernando Valley residents looking for new insights about our own and our neighbors' history. 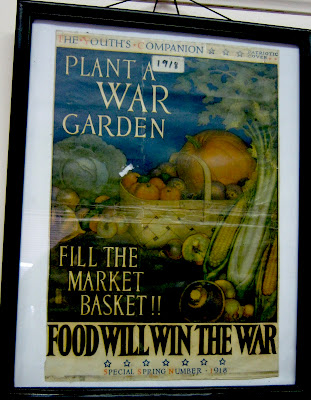 Many believe that World War I was America's first big venture into propaganda. Here in the Fillmore Historical Museum, a small poster tells people to "Plant a War Garden".  Victory Gardens would play a role in public war support again in World War II. Vegetable gardens didn't have a significant impact on the war effort, but it made ordinary people feel that they were part of the commitment to "Win The War." 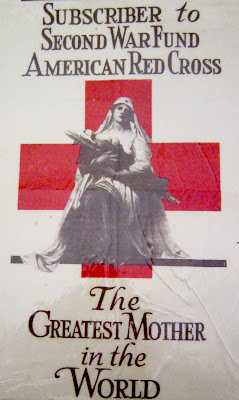 The Greatest Mother in the World - World War I poster soliciting contributions to the American Red Cross. 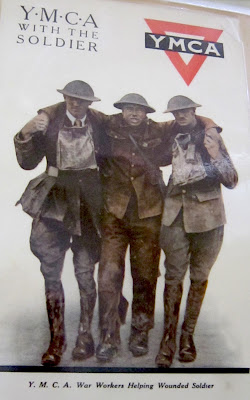 Most people who live in the San Fernando Valley think of the "Y" as a place for swimming lessons. for a workout in a gym or buy a Christmas tree. But, in the World War I era, the YMCA was quite a different institution. The Y once assisted the wounded on the battlefield but also struggled against child labor as well.
The Museum of the San Fernando Valley collects and archives memorabilia from America's military conflicts. Our artifacts are collected with the intent of applying  historical evidence to modern social issues. If you or a friend has historical materials from our nation's wars, including military souvenirs, please consider donating them to your Museum for today's and future generations.
Contact The Museum of the San Fernando Valley --  1 (818) 347-9665
Posted by Gerald R. Fecht at 8:41 PM