DISCOVERING OUR VALLEY   2011
Motion picture celebrities were considered of great value in the "war effort" propaganda of 1944.  The morale of the civilian population, as well as the military, was a high priority in the administration of Franklin Roosevelt.  Birmingham Hospital (originally called Van Nuys Hospital) and its nearness to the motion picture studios throughout the San Fernando Valley was an ideal photo location. 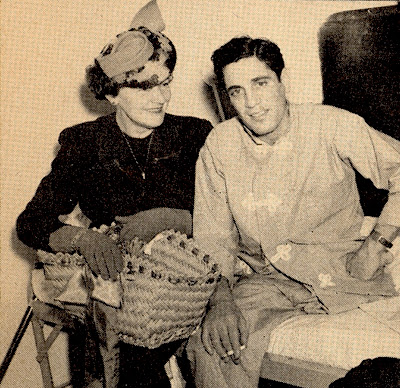 
"Movie mother" Fay Holden cheers Pfc. Robert D'Angelillo, recently speeded to recovery by miracle drug penicillin, on one the VACS' usual Tuesday visits."
Note that Private First Class D'Angelillo was provided by the hospital with non-filtered cigarettes, a practice that continued well into the 1970s. 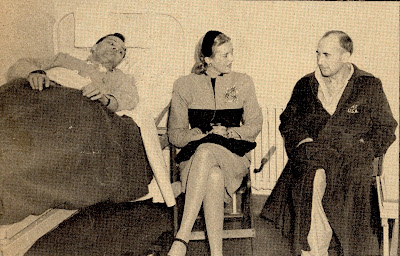 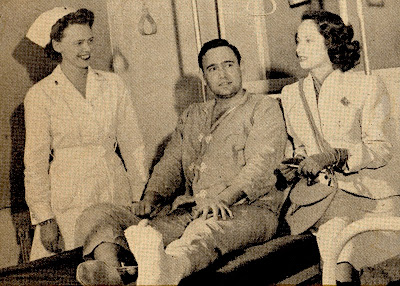 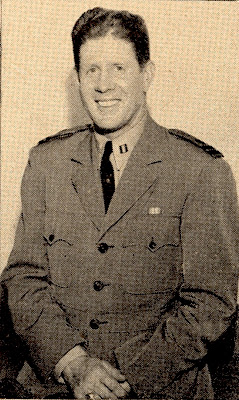 "Rudy Vallee, of stage, screen and radio fame, smiles a welcome to Birminghamites who packed the Recreation Hall to hear his fine variety show."

Pfc D'Angelillo is my father. Was a pleasant surprise! Thanks for including him.