MUSEUM PARTICIPATES IN NATIONAL NIGHT OUT IN NORTH HOLLYWOOD 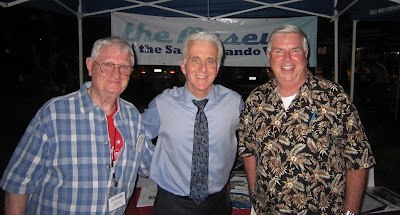 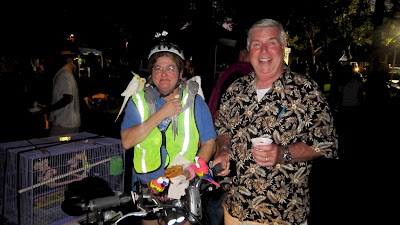 The world famous Bird Lady of North Hollywood visits with The Museum's Richard Hilton on National Night Out. Richard enjoys a sno-cone, one of many treats given free to event visitors. If Richard offered one of the cockateels a bit of sno-cone isn't known 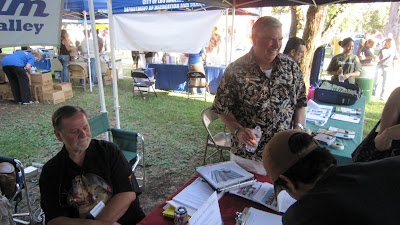 Museum Board leaders, Gary Fredburg (seated) and Richard Hilton sign up National Night Out visitors for The Museum's tours and special lectures program. They handed out Museum and Campo de Cahuenga brochures and children's coloring maps of the San Fernando Valley.
Posted by Gerald R. Fecht at 4:07 PM