IT'S TIME JUST TO SIT BACK AND LAUGH - JIM PIDDOCK PERFORMS

One of the great things about living in the San Fernando Valley is sharing our community with men and women of enormous talents and skills. One of our neighbors is the terrific actor Jim Piddock who lives in Studio City.
Since Jim’s arrival in the United States in 1981, his career on the stage and in film has earned him the right to be called a genuine Star performer.

Besides being a success on and off-Broadway, Jim Piddock has important film roles to his credit, including: Lethal Weapon, Independence Day and The Seeker. My favorite of his comic performances was a dog show commentator in Best in Show.

Right now, Jim Piddock is performing in the very funny, An Evening Without Monty Python at the Ricardo Montalban Theatre in Hollywood.
In tough times like this, it is important just to sit back and laugh oneself silly. My wife Janne, friend Nancy and I loved the show. 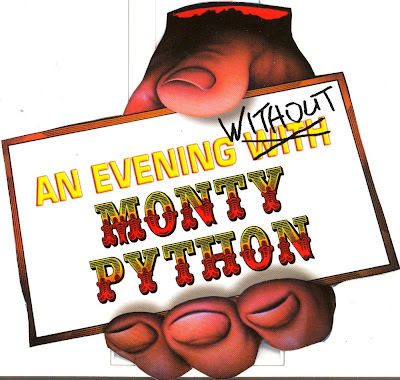