Henry Saberson Mystery on the Way to Being Solved 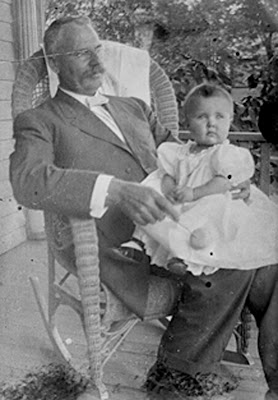 Records of the Iowa State Legislature Henry Saberson
Iowa state representative for Buena Vista County, 10 January 1893 to 12 January 1896. (District 77 - Republican)
HENRY T. SABERSON "Honesty is the best policy" is the motto which the Hon. Henry T. Saberson of Buena Vista county has taken for his guidance through life. By following it strictly he has met with success and is now in a fairly prosperous condition so far as this world's goods are concerned.
He was born in Beloit, Rock county, Wisconsin, in 1833, and received his education in the schools of that town. His parents lived on a farm and he was brought up to that life. In 1875 he moved to Buena Vista county. Northern Iowa was then a wild, unbroken country.
In 1887, after thirty-five years at farming, he began mercantile life by opening up a hardware store at Alta (Iowa). The venture has been a success. Besides this he has gone into banking. In his township he has held all the various offices. For four years he was president of the Buena Vista Agricultural Society.
In all his relations in life he has endeavored by strict integrity to win the respect and confidence of those, with whom he has been associated, and to this fact he attributes much of his success. He is now cashier in the Alta branch of the Farmers Loan and Trust company of Sioux City. In politics he has always been a Republican, his first vote being cast for C. C. Washburn for governor of Wisconsin. He was elected to the Twenty-fourth General Assembly by a handsome majority, and returns to the Twenty-fifth with even better support, Mr. Saberson is married and has a family of four girls. They have a pleasant, happy and comfortable home at Alta.
Posted by Gerald R. Fecht at 5:33 PM