The memory of Americans dressing up when they flew across the nation is all but gone. And, for most of us the romance flying commercially has vanished as well. 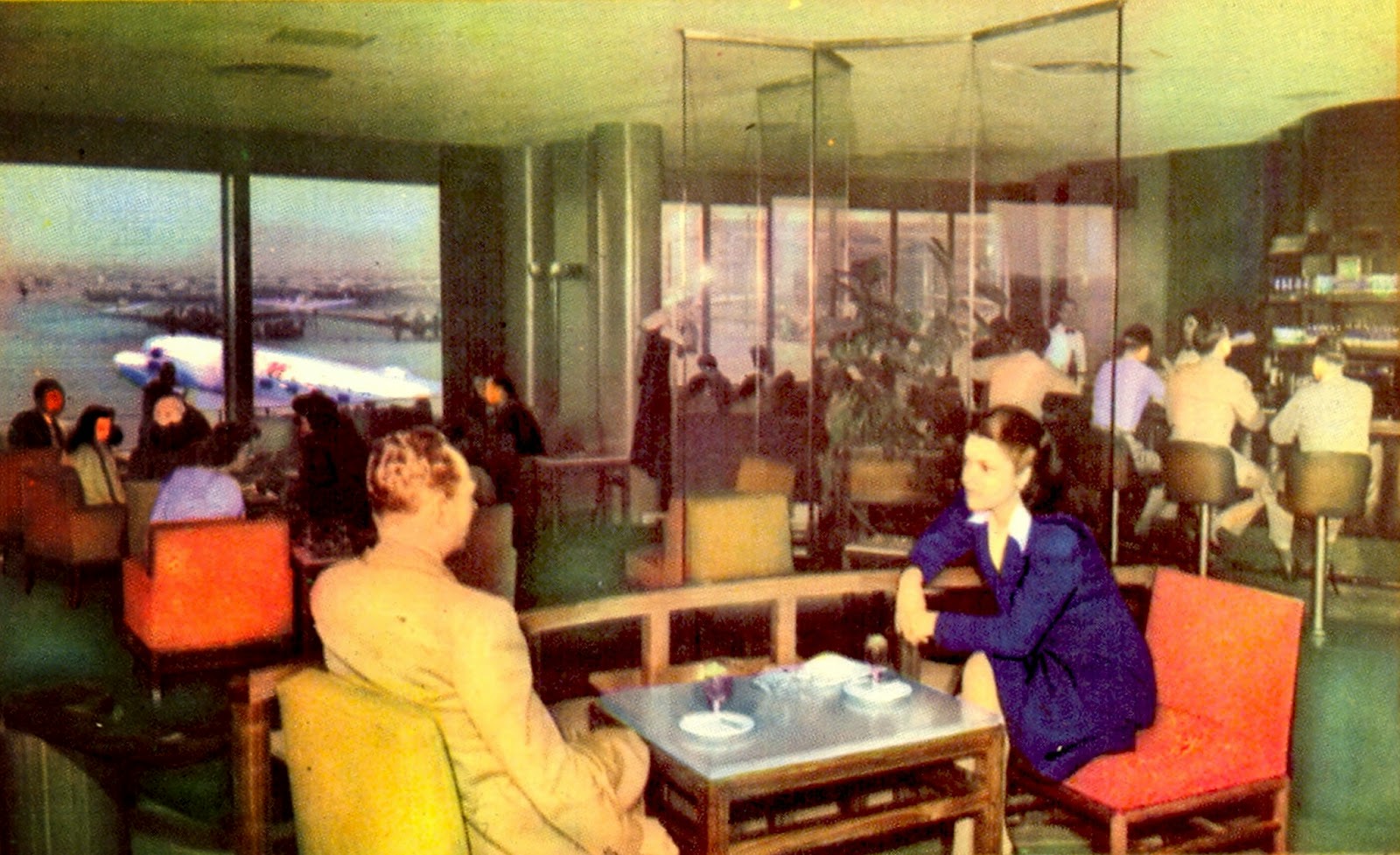 "The Sky Lounge at Lockheed Air Terminal in California is a box seat at one of the nation's outstanding aviation spectacles. Night and day, all types of airplanes - giant Constellations and flashing new military ships - are flying from this great airport, one of the busiest in the nation and center of the giant Lockheed aircraft factories, home of the Lightning P-38, Pi80 Shooting Star and other famous planes."
Posted by Gerald R. Fecht at 5:28 PM