Four years later "liberal" Democrats in the Valley supported the challenge of Senator Eugene McCarthy to President Lyndon Johnson, as the "peace candidate.

As in other parts of the United States, the San Fernando Valley has long been a place of divergent political opinion. This is exemplified in the political memorabilia donated to The Museum of the San Fernando Valley since our creation in 2005. For example, materials reflecting support for the moderate governor William Scranton of Pennsylvania reveals a desire for a presidential candidate somewhere between conservative Barry Goldwater from Arizona and New York governor Nelson Rockefeller in the 1964 election.

Two years later, Democrats in the Valley were divided between supporting the reelection of President Lydon B. Johnson and the "peace" candidate Eugene McCarthy. In 1976, Democratic Senator John Tunney was defeated for reelection by colorful S.I. Hayakawa. 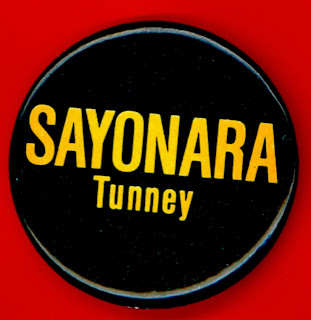