Roddy McDowell's first American film was How Green Was My Valley done in 1941. In the film, 13-year- old Roddy played Huw Morgan. Elements of this John Ford movie was filmed in Sherman Oaks in the McKinley Home for Boys, the location of which is the present site of the Sunkist building. Much of the outdoor elements of the film was shot in Calabasas at the Fox Ranch. 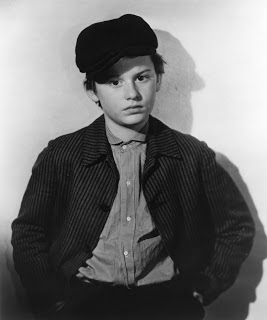 Roddy McDowell was a highly regarded child actor. His film, Lassie Come Home, won the hearts of America. His family moved him to America from England at the outset of the Second World War. 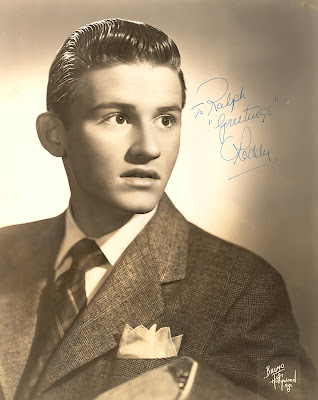 Roddy McDowell  1928 to 1998
Photo autographed "To Ralph, Greetings - Roddy" was among the artifacts belonging to the American trumpet player Ralph Muzzillo Sr. Younger people will recognize Roddy McDowell from his roles in Planet of the Apes.  The beloved actor died in Studio City in 1998. Photograph courtesy of Ralph Muzzillo Jr. 2013.  (click on images to enlarge them.)

Email ThisBlogThis!Share to TwitterShare to FacebookShare to Pinterest
Labels: 1941, 1998, Calabasas, How Green Was My Valley, McDOWELL Roddy, STUDIO CITY