It was a special occasion, not only for our state's birthday, a reminder that Campo de Cahugena is considered the birthplace of CA, but also for the partnership and support from Comcast NBC Universal that presented Campo de Cahuenga a check for $50,000! 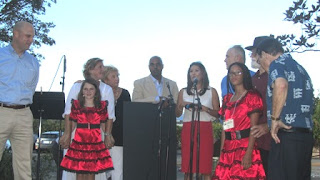 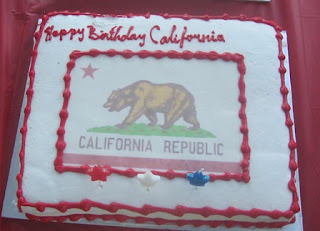 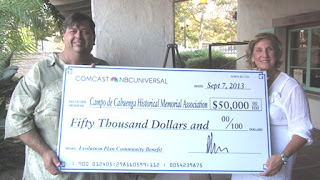 
The entire board of directors, advisors and friends of the Campo saluted and praised for delivering a fun community event.

We should all celebrate California's Admission to the United States of America. Thanks Campo de Cahuenga for keeping the California Spirit alive!
Jerry Fecht