At one time, about the time of the Second World War, Alan Carney was one of the most recognized comic actors in the United States. 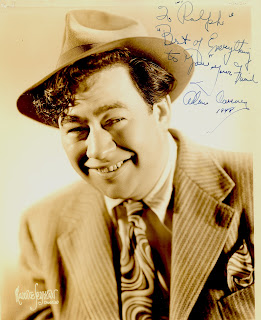 
By 1948, Carney was working regularly for RKO Pictures. In the 1960s he became one Disney's most reliable performers. Alan Carney died in Van Nuys, California, at the age of 63.
Posted by Gerald R. Fecht at 2:35 PM