Perhaps, when Carl Ballantine signed this drawing on June 7, 1948 in Philadelphia to his friend Ralph Muzzillo Sr, neither Ralph the trumpeter nor Ballantine the magician would have guessed that Ballantine would become one of America's most beloved character actors. 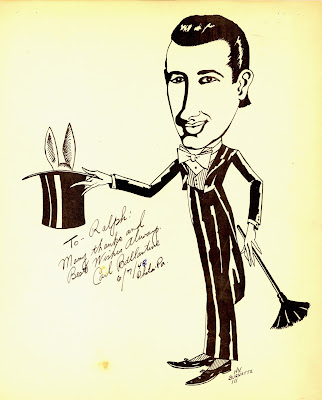 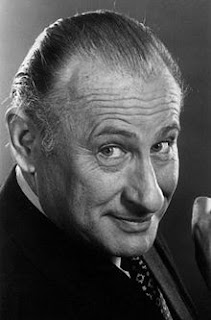 Carl Ballantine had considerable success on stage and early television as a magician, including the Steve Allan Show on CBS. While performing in Las Vegas, Ballantine became friends with San Fernando Valley residents Harry James and Betty Grable. His greatest success came when he made his home in the Hollywood hills and became a regular on McHale's Navy from 1962 to 1966, with the Valley's own Ernest Borgnine