Photographs often tell more than viewers realize.
Family snapshots often tell more history than meets a casual glance. Here are three photographs that were among my brother James Fecht's effects, when he died last year. In three short years he went from a high school altar boy to a United States Marine in combat in the South Pacific. 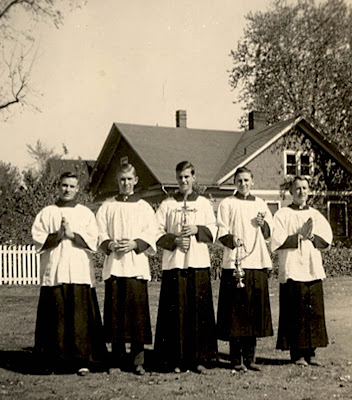 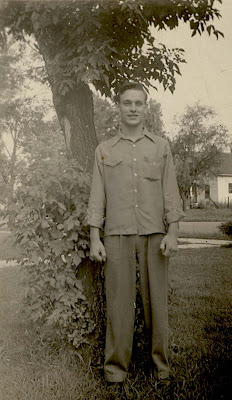 In 1941, James Fecht was a recent high school graduate. anxious to make his mark in the world. This photograph was taken in Mexico, Missouri shortly before the outbreak of World War II. His hands were still swollen from an amateur boxing match earlier in the week. He boxed as a Marine recruit at Camp Pendleton the next year.  (photo 2854) 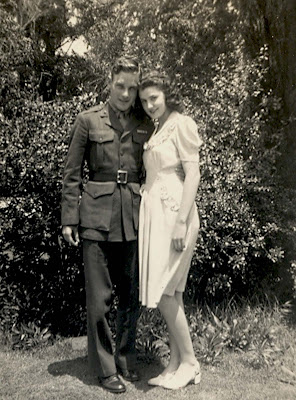 1942 on Elmer Avenue in North Hollywood, California.  (photo 2855)
On his first leave after boot camp, Jim Fecht and his Marine buddy Webb McKelvey went to Los Angeles, where Webb introduced Jim to his cousin Joye Barnes from North Hollywood. Jim met Joye and several of her friends from Corvallis High School in Studio City, at the USO Cantina in Hollywood. Jim was dazzled. After the war, Jim and Joye were married and made the San Fernando Valley their home.
Posted by Gerald R. Fecht at 6:15 PM