DISCOVERING OUR VALLEY   2011
On the lookout for things that have made, or are still making, history in the San Fernando Valley, Museum member Art Jacobs sends us these great photos. 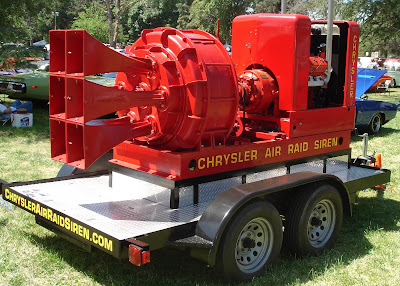 Art comments:  The Chrysler air raid siren that was built from 1952-1957 by Chrysler and nicknamed the "Big Red Whistle." six were purchased by the United States government and placed around key areas of Los Angeles County to warn the public in the event of a nuclear attack by the Soviets. (Photo by Art Jacobs for the Archives of The Museum of the San Fernando Valley -  April 2011 (click on image to enlarge)

Brochures from the 2011 Mopar Car Show in Balboa Park - photos by Art Jacobs.

"I attended the 25th Anniversary Southern California Chrysler Performance West Spring Fling Mopar Event. ... It's one of the largest Mopar car shows in the West and they have every year in Van Nuys. If your not familiar with Mopar, it's a group of car enthusiast for the preservation, driving and showing of Chrysler, Dodge and Plymouth cars. This year I took my camera and was able to take a few photos. The Museum is welcome to use them on their site. 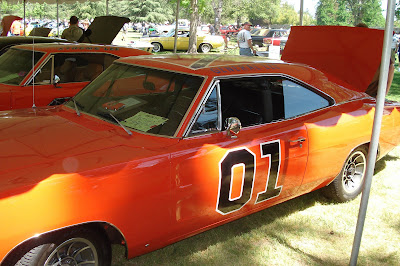 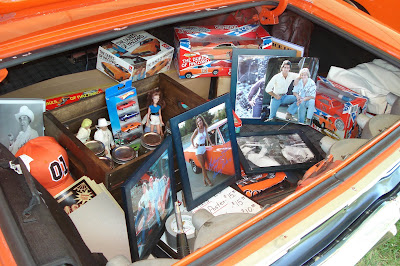 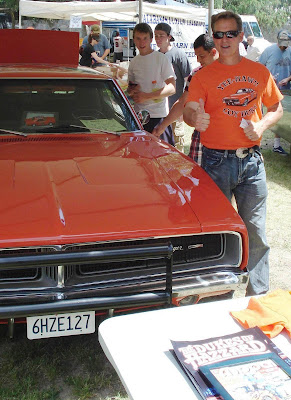 Byron Sherry and the General Lee automobile from the Dukes of Hazard television series. Byron played Coy Duke from 1982 to 1983.  (Photos by Art Jacobs 2011)   (click on images to enlarge)
Posted by Gerald R. Fecht at 5:08 PM