WHEAT FARMING WAS IMPORTANT IN THE VALLEY IN THE LATE 1800s 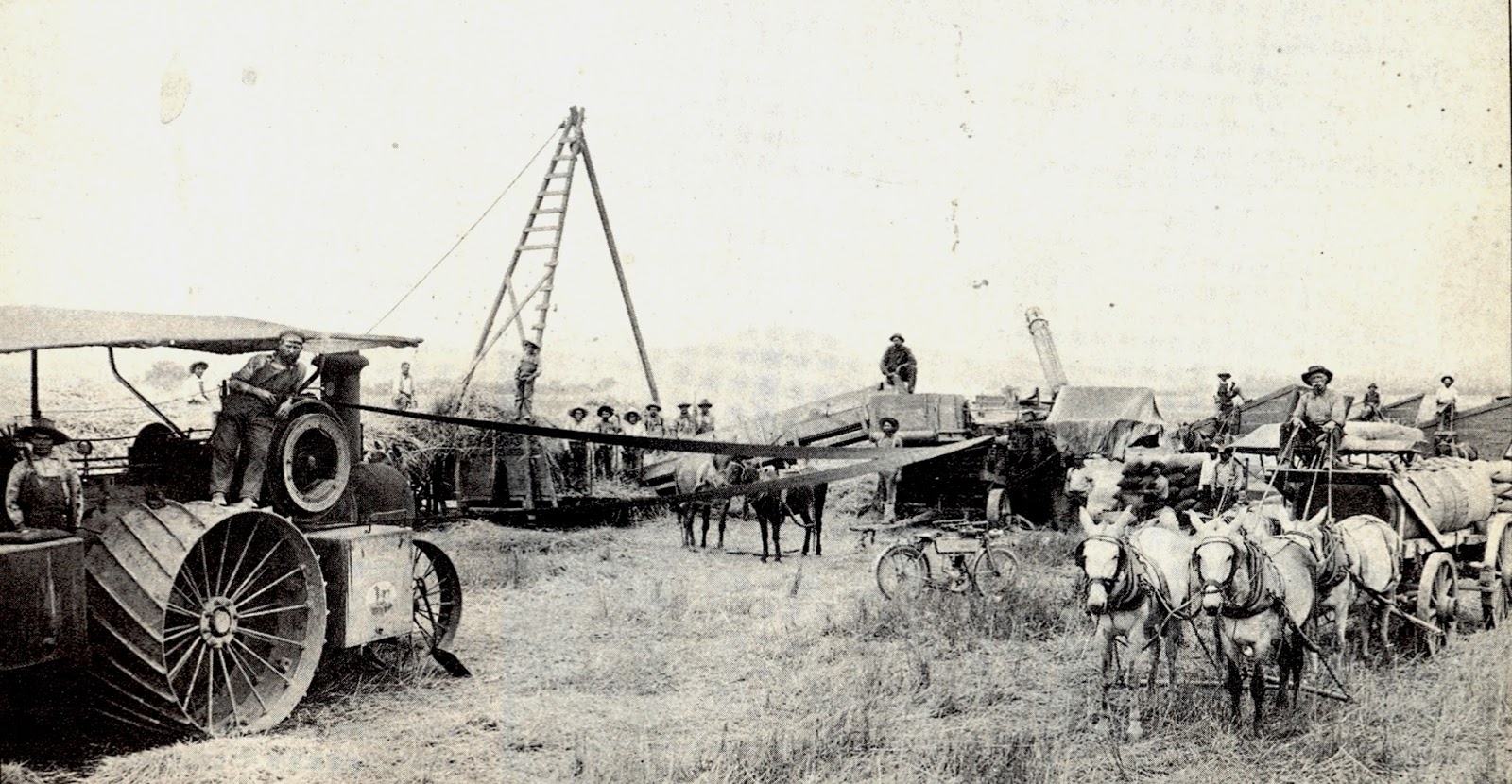 Reaping wheat in early North Hollywood, when it was still called Lankershim. (Click on image to enlarge it.) 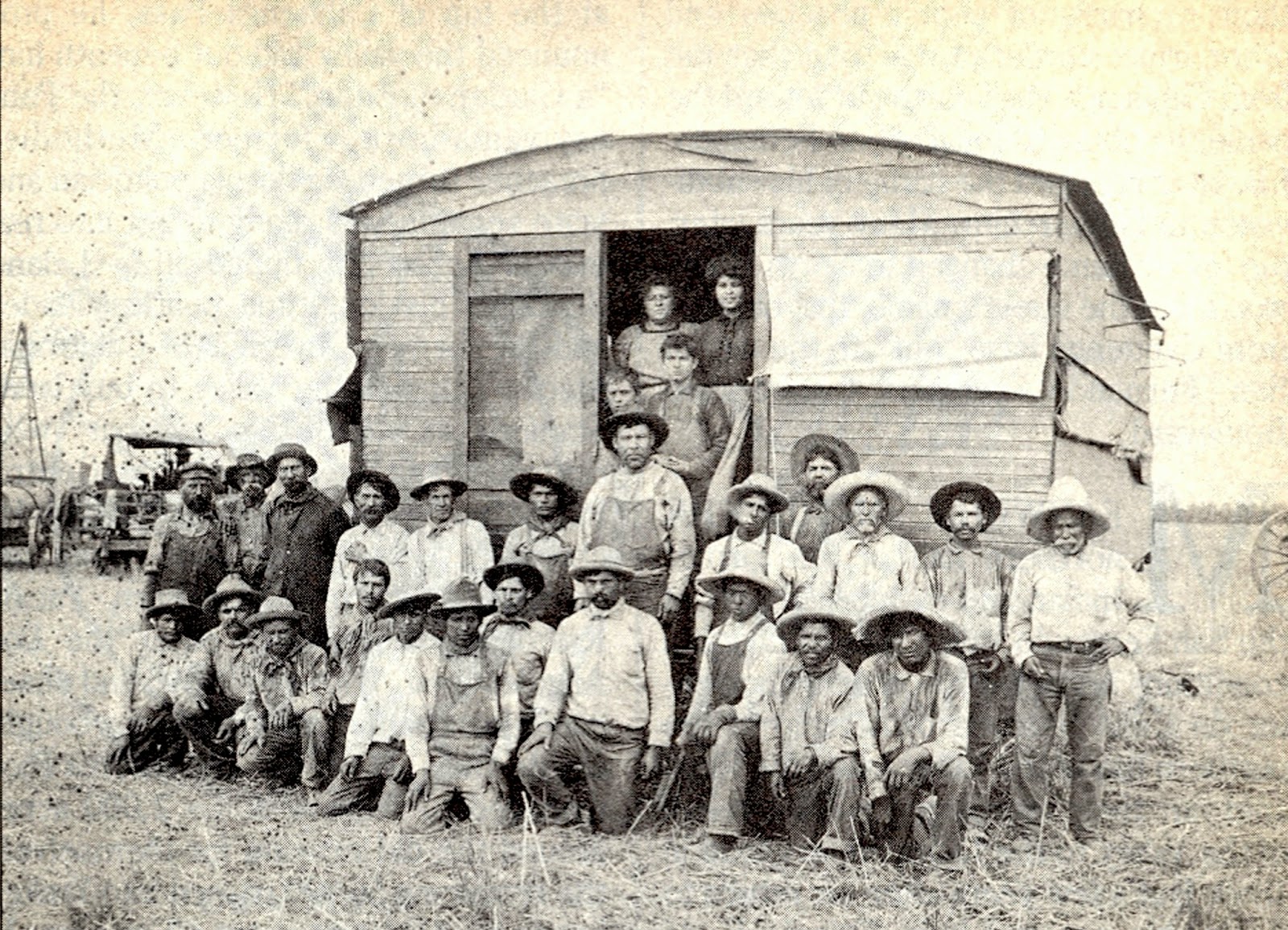 Some histories of the San Fernando Valley refer to these workers in the late 1800s as "itinerant farm workers."  Farm workers they were for sure, but the fact that they were necessarily migrant workers is debatable. When the Mission San Fernando Rey de España was secularized, many Tongva Indians were displaced from their homes or barracks. Homeless "Mission Indians" lived where they could, often in shack-like buildings at the edge of washes.
Click on this photograph to get a close up view of these workers.
Posted by Gerald R. Fecht at 2:37 PM