Since the Valley Times published its Honor Roll Album in 1943, nearly all of the men and women featured in the publication are gone. Even the youngest of these military heroes 71 years later would be in their 90s.  Your Museum is determined to recognize the service of every single person whose lives related to the Valley - a huge, and likley a never ending task. But, because their lives were put in harms way for our liberties, we think the effort is worth it.
Recently, and much to our good fortune, Mr. Dennis Spiegelman donated a priceless pbulication, the Valley Times Honor Roll, published in 1943 by the Valley News Corporation in North Hollywood. The soft bound book contains the names, a short history and even the address of over 100 Valley service men and women. Here are some of our Valley neighbors who put their lives on the line for us. 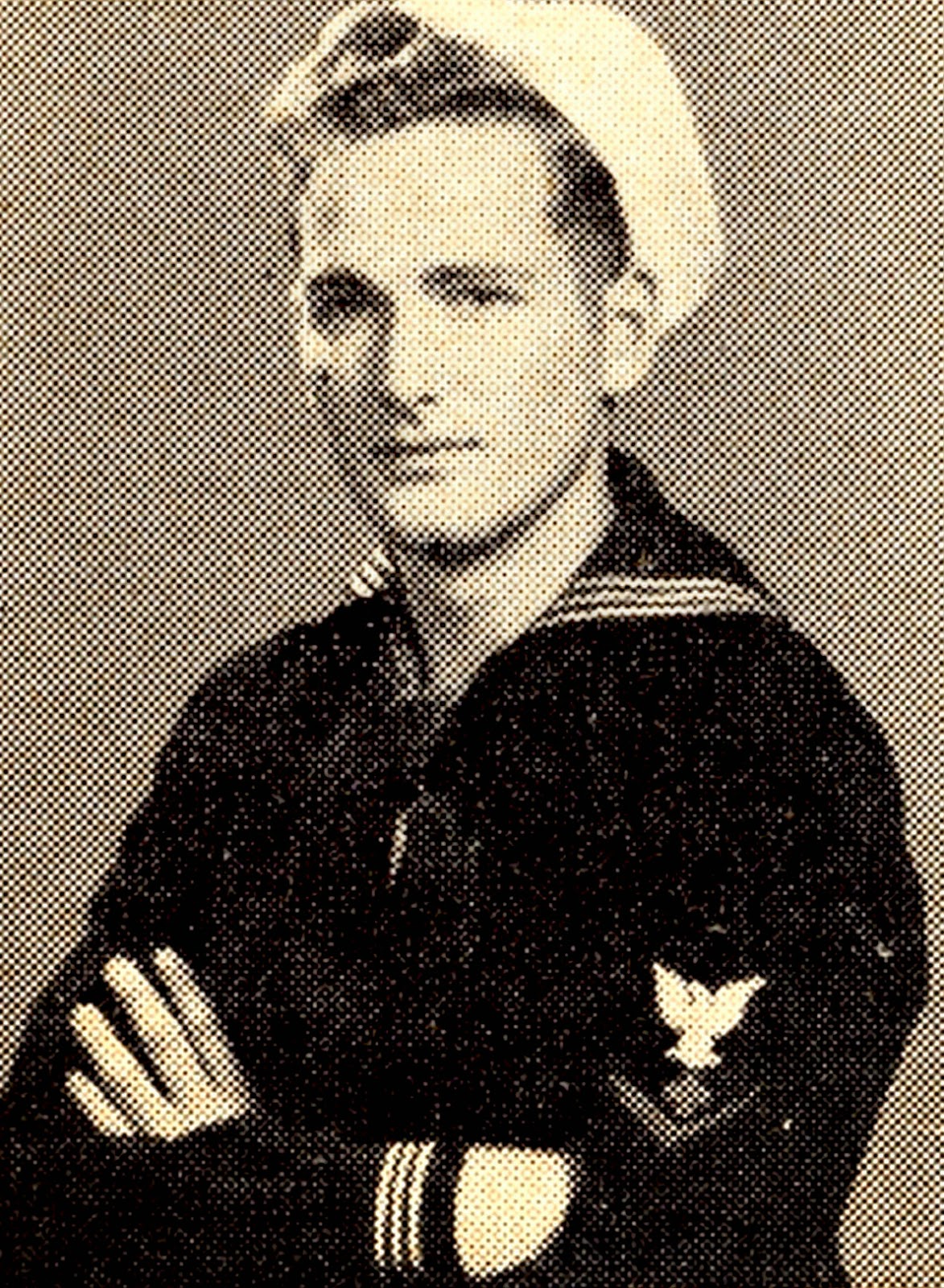 F. Arnold Bratton
Pharmacist's mate, 3rd class, who joined the US Navy on April 27, 1942. He left the jopb of assistant manger of the Studio City Theatre. He lived on Weddington Street in North Hollywood. 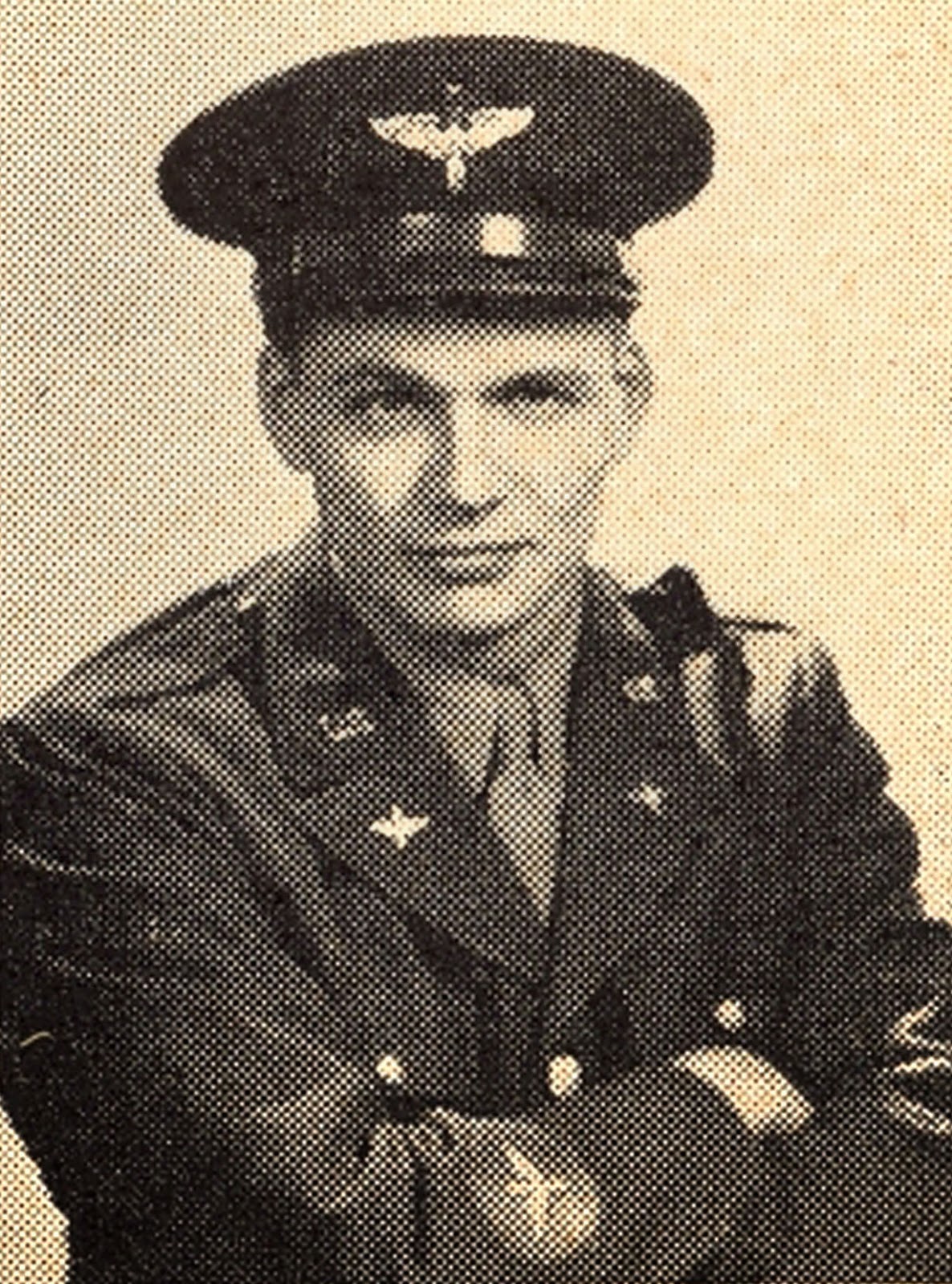 Donald G. Ingalls
Aviation cadet, Donald Ingalls was a civil service accountant before entering the US Army Air Corps on December 12, 1942.  He was at this time stationed at Kelly Field, Texas. He lived on Beck Avenue in North Hollywood.  (click on images to enlarge them.) 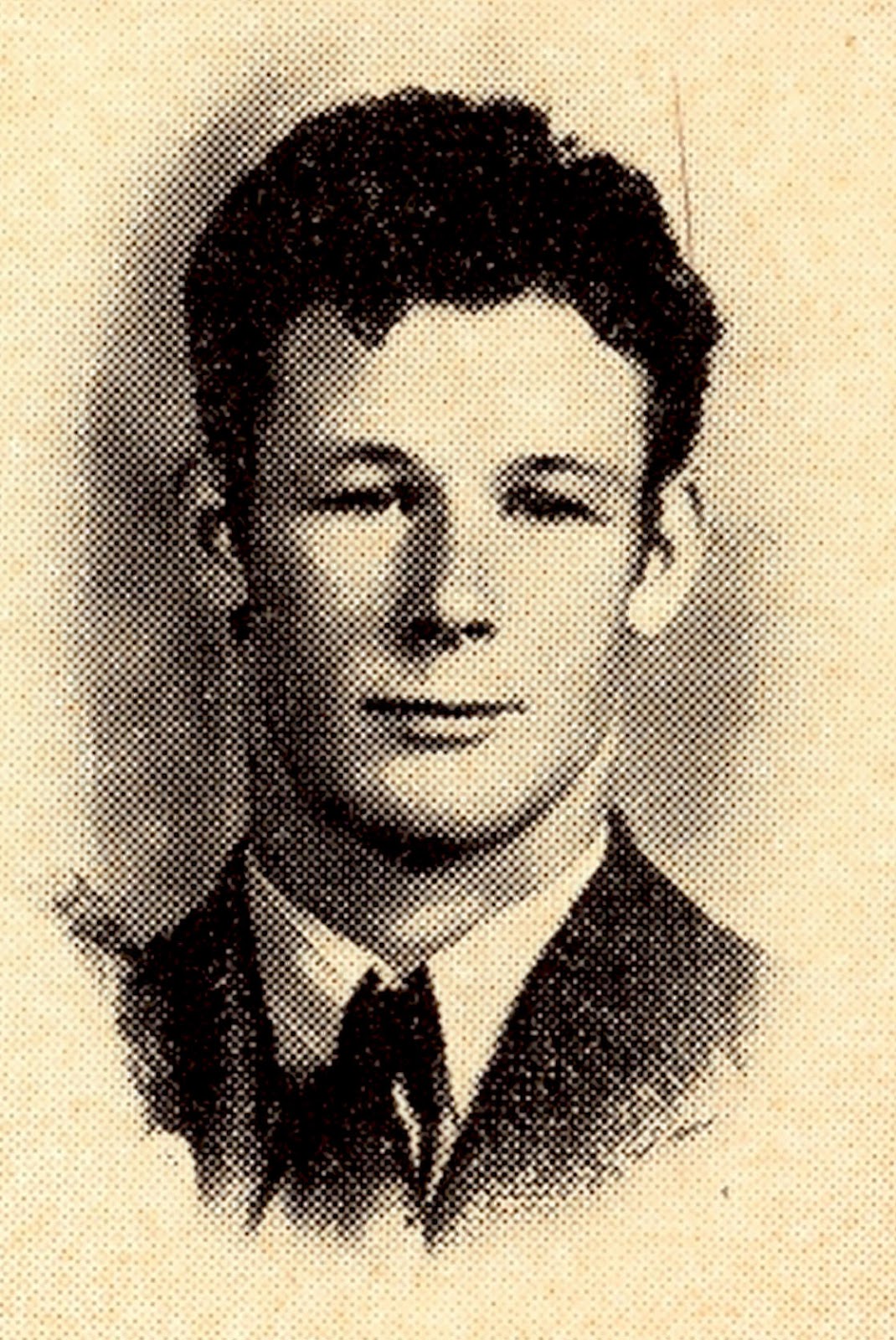 Chris Jensen Jr.
A private in the US Army Air Force, Chris Jensen entered the service on January 19, 1943. In civilian life he was a plasterer, living with his parents on Ben Avenue in North Hollywood. 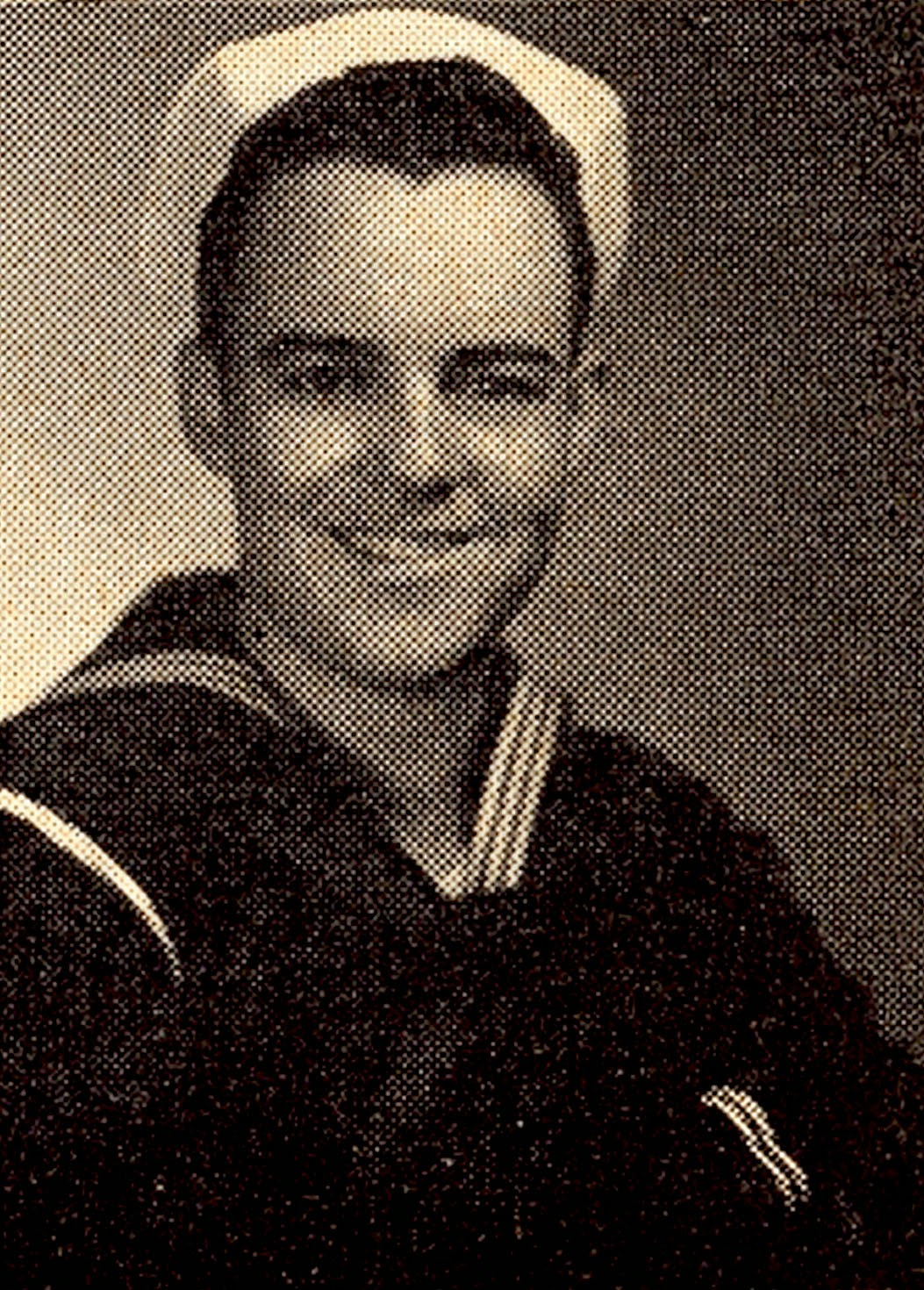 Fred R. Nehen
An electrician's mate aboard the USS Maddox, Fred Nehen enlisted in the US Navy on December 26, 1941. He was 22 years old when this photograph was published.
Before entering the service Fred was a carpenter living with his family on Hazelhurst Place in North Hollywood. He attended Navy electrical and sound motion picture schools in San Diego. 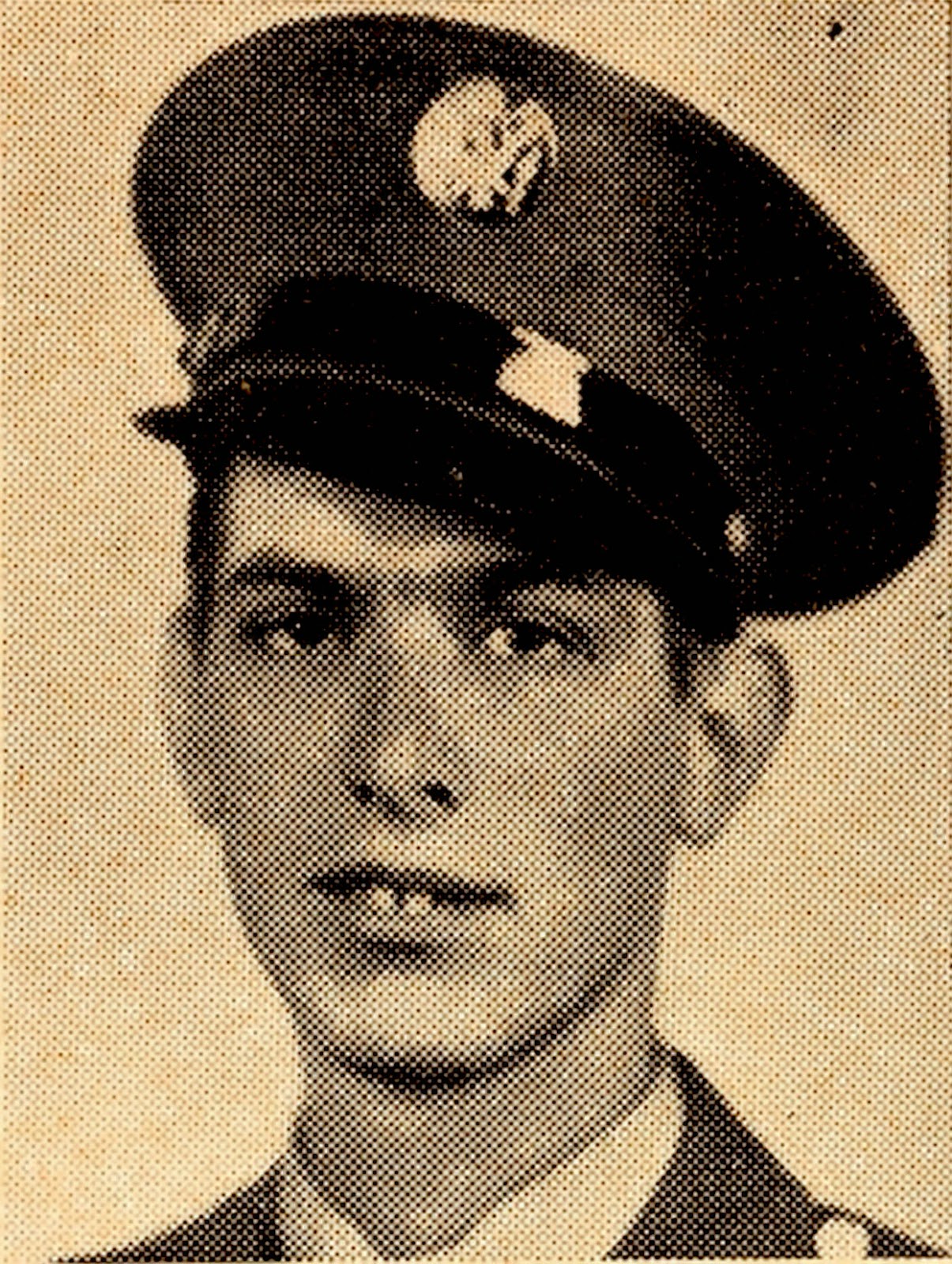 Richard R. Porter Jr.
Technical corporal in the 736th Tank Battalion, Richard Porter lived on Wilkinson Avenue in North Hollywood before entering the service on January 19th, 1943. He was a service station attendant at the Standard Oil Service Station when he attended North Hollywood High School. He graduated in the Class of 1942. He was the student foreman of the school's sheet metal shop. 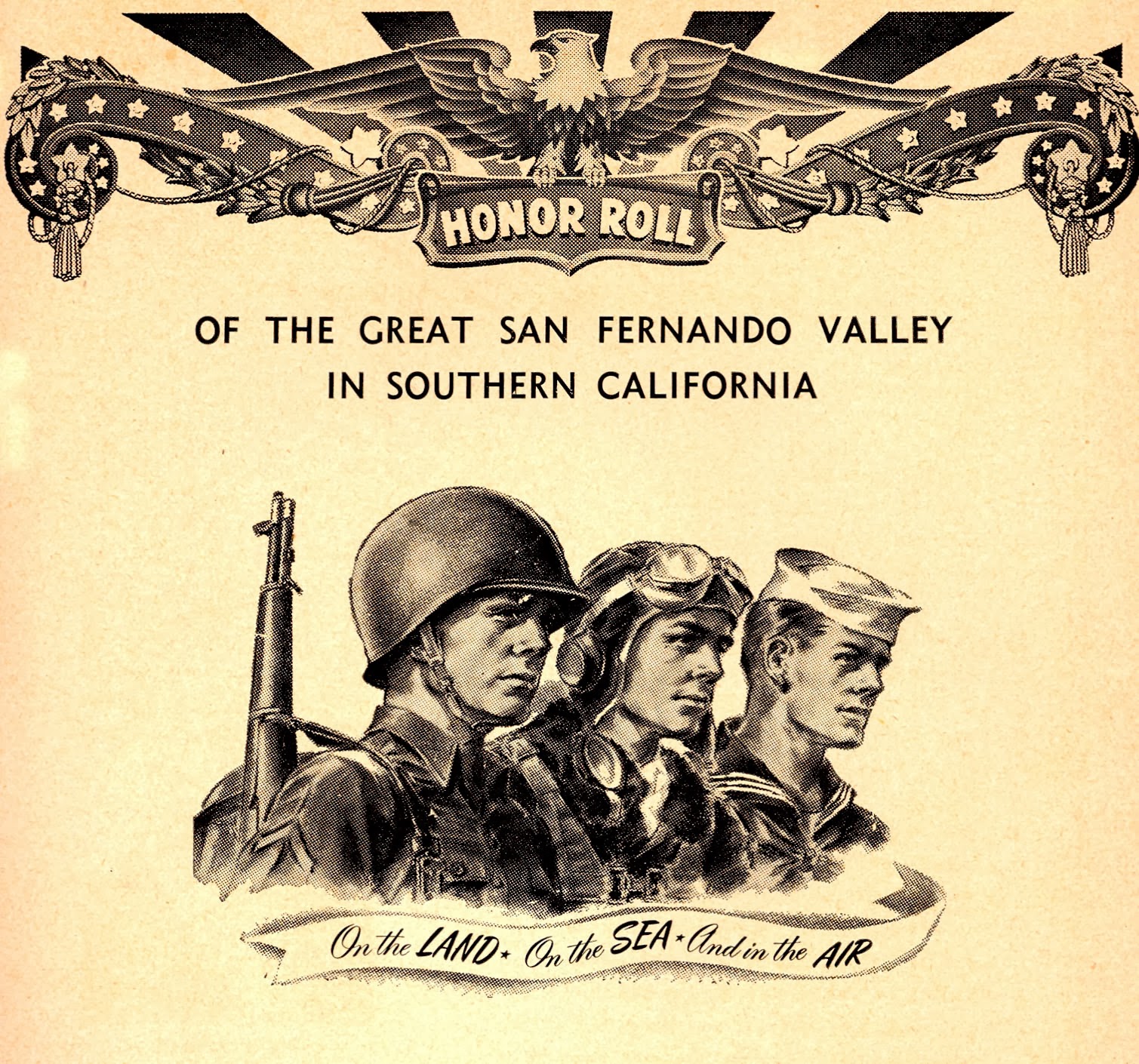 Thank you Mr. Spiegleman, it's a terrific item.

Please accept my thanks too Mr. Spiegleman.
Jerry Fecht