DISCOVERING OUR VALLEY    2011
Here are four photographs that I recently took of Saint Elizabeth's Catholic church in Van Nuys. 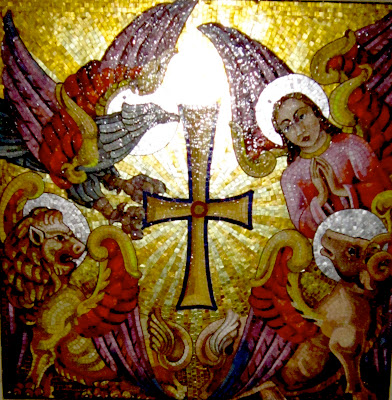 Pulpit mosaic featuring symbols of the four Evangelists, Mark (the winged lion), Luke (the winged cow), Matthew (the eagle) and John (as a young man). 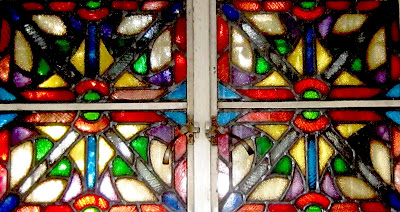 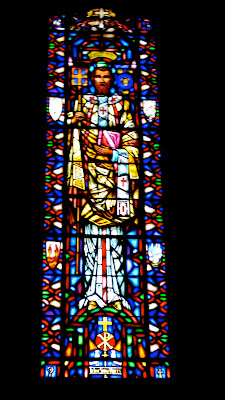 Stained glass window of Saint Cyril of Alexandria. The letters Chi and Rho below the cross at the base of the window represent a vision reported by Constantine that told him "In Hoc Signo Vinces" - In this sign conqueror. The emperor Constantine made the Catholic Church the official religion of the Roman Empire. 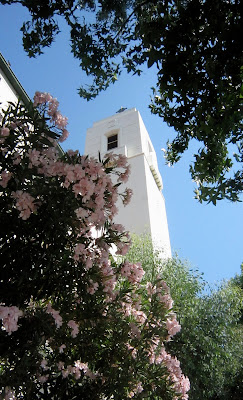