2010 THE YEAR OF VALLEY ADVENTURES. 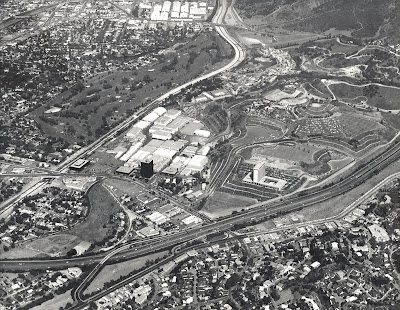 Areal photograph of Universal Studios and Warner Brothers area. Gift to The Museum of the San Fernando Valley from Gary Fredburg 2010 (click on image to enlarge)
This photograph, taken in 1969 shows clearly the Los Angeles River as it runs east and west at the left side of Universal Studios. The Cahuenga Pass is readily seen. In the upper left of the photo, the Warner Brothers complex in Burbank can be seen.
Posted by Gerald R. Fecht at 9:19 AM