The legendary television executive Fred Silverman passed away at age 82

The legendary television executive Fred Silverman passed away at his home in the Pacific Palisades. He was 82 years old.

Unquestionably, he was one of the most powerful people in the three-network era, secured positions as a top executive at ABC, CBS and NBC.

He was behind some of the most popular as well as controversial shows of the times with ones such as “All in the Family,” “The Mary Tyler Moore Show,” “M*A*S*H,” “Laverne & Shirley” and “Hill Street Blues."

In the 1960s, CBS, was looking to enhance its image and television lineup.  At the time, it had hit shows such as “The Andy Griffith Show” and “The Beverly Hillbillies.”  Norman Lear and Bud Yorkin’s show “All in the Family,” which offered content not readily seen on TV was an opportunity waiting to be seized. 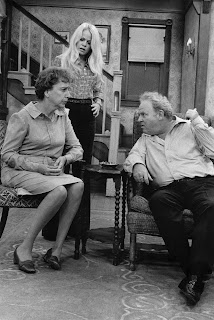 From left, Jean Stapleton, Sally Struthers and Carroll O’Connor in an episode of “All in the Family.”
Mr. Silverman played a key role in that show’s success.Credit...CBS

During its prime, Hill Street Blues was must-watch television. Much of the show was filmed in the valley at Mary Tyler Moore studios now CBS on Radford in Studio City. 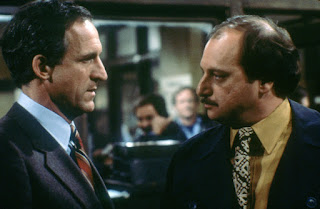 Another great show that everyone enjoyed during its day was Sanford and Sons with Redd Foxx. 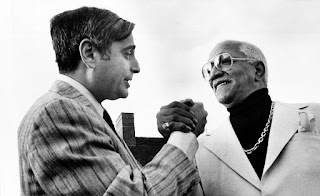 Fred Silverman, left, with Redd Foxx in 1976 - Mr. Silverman, who was president of ABC at the time, announced that Mr. Foxx, the star of the hit NBC show “Sanford and Son," was moving to ABC.Credit...Associated Press

Soon thereafter, he recalled being on flight listening to music when Frank Sinatra’s “Strangers in the Night” came on. “I hear him say, ‘Scooby-dooby-doo,’” Mr. Silverman said, slightly misrendering Sinatra’s “doo-bee-doo-bee-doo,” “and it’s at that point I said: ‘That’s it. We’ll take the dog, we’ll call it ‘Scooby-Doo’ and move him up front, and it’ll be the dog’s show.’”

“Scooby-Doo, Where Are You!” premiered in September 1969 and became an enduring franchise.

Here is a 30 minute interview with Fred on his life. Enjoy.


Excerpts of this entry are taken from article in New York Times by Neil Genzlinger. Neil is a writer for the Obituaries Desk. Previously he was a television, film and theater critic.
Posted by The Museum SFV at 8:56 AM